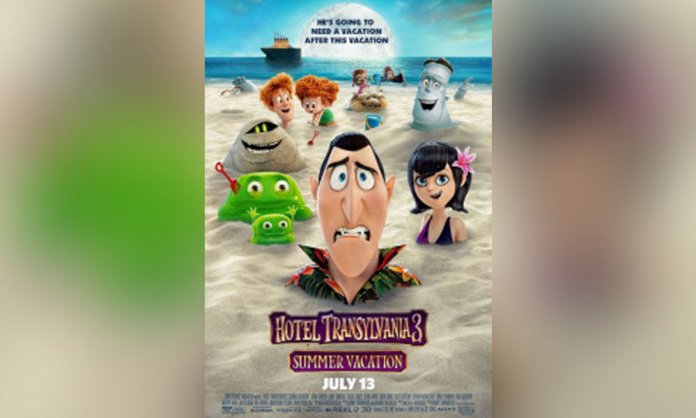 The third animated adventure in the “Hotel Transylvania” franchise takes the number-one spot at the global box office, ahead of the “Skyscraper” blockbuster in third place. The Chinese comedy-drama, “Dying to Survive,” continues to surprise by holding on to second place.

“Hotel Transylvania 3: Summer Vacation” tops the global box-office leaderboard for the weekend ending Sunday, July 15. This third installment of antics from Dracula, Johnny and Mavis grossed $90.5 million over the weekend. Total grosses for the film — which opened July 13 in the US, and features the voices of Adam Sandler, Andy Samberg and Selena Gomez — now stand at over $100 million worldwide.

“Skyscraper,” starring Dwayne “The Rock” Johnson, lands in third place after its opening weekend, grossing over $65 million, ahead of the Chinese comedy-drama, “Dying to Survive,” in second place. Muye Wen’s movie is a surprise non-mover at number two, grossing over $66 million this weekend, and seeing off competition from “Ant-Man and The Wasp” and “Jurassic World: Fallen Kingdom.”

Top 10 movies at the international box office for the weekend ending Sunday, July 15.