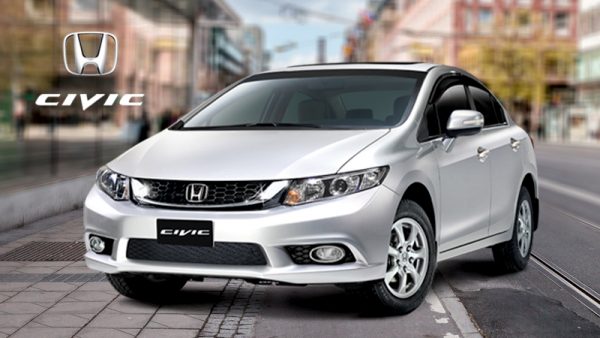 The 2016 Honda Civic 1.8 scheduled to complete the production phase in December has been unveiled! The new Civic has a change in design, a new shape, more interior space and an attractive exterior.

The makers of the car have really brought something new this time around, instead of the original seats and finishes of the car, the 1.8 has received a fresh look for its panels and instruments. The Civic boasts a shorter nose and wheelbase for better handling, more leg-space as well as overall interior space, it comes with Climate Control System with a touchscreen display with multimedia functions to enjoy while you are on-the-go. The new Civic also comes with a smooth gear box so that gear shifting is very easy, a better and improved cruise control, and a new look for the comfortable seats.

The new attractive exterior of the Honda Civic makes it look absolutely refreshing. This is because the 1.8 Honda Civic 2016 has received new headlights with the feature of daytime running lights, a new bumper style, designed side panel, black finish, rear spoiler, emergency stop signals embedded in the taillights, fog lamps, and LED taillights.

The new design has improved the interior space and sports more efficient aerodynamics, making the cockpit even more luxurious. The low-speed availability is now a part of the standard package. The shredding of the extra weight has improved the engine by 20% compared to the previous models.

The 2016 Honda Civic is available in the following colors:

As a sweet treat, Honda has included designer Civic ports draws for the front bumper, lower grille and a black-coated roof for the Dell interior.

The luxurious sedan’s price is estimated to be the following:

Honda Civic to be Launched Sooner Than Expected