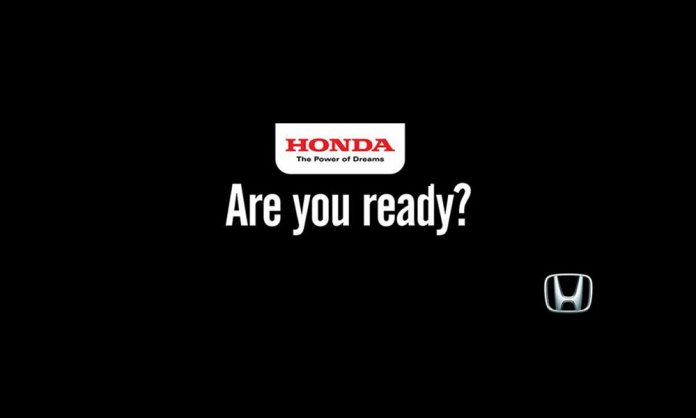 This year has been a very interesting one for the automotive industry. We witness the launch of new models such as Suzuki Vitara, Suzuki Ciaz, the new Suzuki Cultus (Celerio), Honda BR-V, and even saw a Nissan Datsun Go prototype on the road.

Not to forget the hype which was created by Toyota Corolla Facelift 2017 model on social media! Interestingly, Honda Atlas published an image on their Facebook page asking their fans if they were ready.

So we asked ourselves, which model can Honda be possibly bringing into Pakistan? Recently, Honda launched the City Facelift 2017, however, it received criticism. However, given that Toyota’s Corolla Facelift 2017 is doing wonderfully well, Honda might launch the new City to counter the Corolla sales.  A new generation of Honda City is long over due for Pakistani market. The hatchback is a small city car with a 1.2L IVTEC Honda engine under its hood. As of now, it is in India, South Africa, Thailand and Indonesia. Brio can be a good candidate for the Pakistani market to take on rivals like Suzuki Cultus, Wagon R, and even Toyota. Honda Atlas was in a fix after Civic had a software patch, rumours followed that the company will start bookings for the model again. Known as Blue cluster among Honda enthusiasts. Is this announcement by Honda Atlas about the improved Civic? The Honda Civic has remained Pakistan’s most criticised cars in history for being poorly assembled and giving fewer feature options to consumers. Honda took the model off the shelf by stopping bookings for the Turbo variant. Honda can improve the variant and bring it back once again. Honda has reportedly invested £200m for the production of the new hatchback at the new assembly plant. It is also being said that the model is to assemble in Swindon and will be exported to 70 countries around the world. It is possible to increase their import margins that Honda can introduce the hatchback to Pakistan. Also known as Honda FiT, the company was rumoured to bring the hatchback in the form of Jazz. However, even though there is a very less percentage that the car may make an appearance in Pakistan, you never know what Honda is up to. The 10th gen. Honda Accord was recently launched in North America is planned to go on sale at the end of the year. Accord is also an imported model for Pakistani market. However, it is highly possible that the Accord might not be seen in Pakistan in the long run for now. Honda CR-V made its introduction in December 2016 in North America. It was just recently introduced in Indonesia and can be imported at a competitive price to take on Toyota Fortuner.

Which model do you think Honda will introduce?