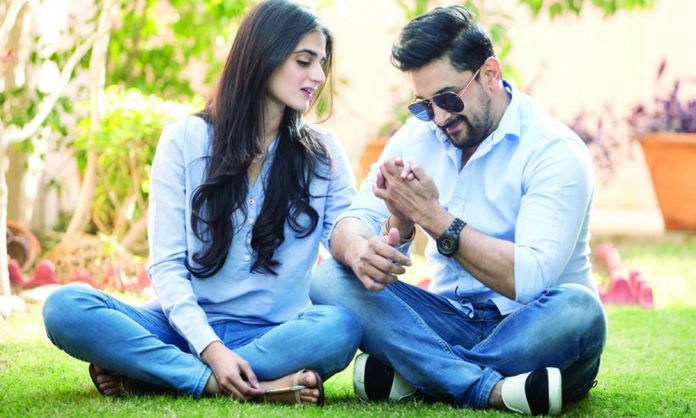 Hira Mani is a versatile actress, host, and singer. She made her debut as a hostess on a television show alongside her husband Mani (Salman Sheikh) but later went on to act in dramas as a lead heroine.

The Dol Bol actress shook a leg on the super hit Indian track from the classic movie Hum Aapke Hain Kaun. The actress looked pretty in the clip while sipping her juice.

The starlet could be seen with make-up artist Sajid Wahab on the hit song Maye Ni Maye sung by Lata Mangeshkar.

The ‘Ghalati’ actress wrote, “Happy birthday to you @thesajidwahabofficial I love you so much. Hamesha aisi he rehna real or amaZing (Always be like this real and amazing). lots of love Mere jaan hahaha or action ko ignore kerien hahaha ACTION.”

To her response, birthday boy Sajid wrote:”Thank you so much Hira I could never have uploaded this video but I’m happy that you did .. this is the best gift I could get on my birthday lots of love.”

Hira Mani, the most candid actresses in the Pakistani drama industry, has now gained more popularity in the recent-hit drama serial ‘Mere Paas Tum Ho’ after playing the role of Hania.

We’re looking forward to seeing more of Hira’s dance numbers in near future.