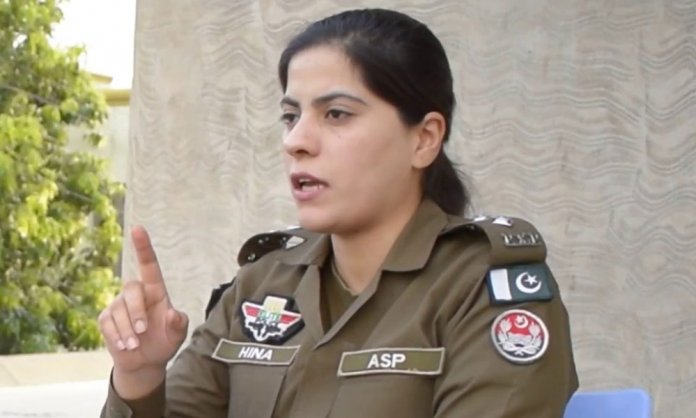 Women all over the globe are leaving no stones unturned to shine bright and excel in both personal and professional fields.

Not only are they choosing the traditional professions, but women are also making unconventional career choices and proving they’re worth it.

Just like the rest of the world, women empowerment is on a rise in Pakistan as well.

For the first time, a woman has been appointed as a Commanding Officer of Frontier Constabulary.

Hina Munawar has taken command as the first-ever woman to take charge as a District Officer/Commanding Officer in FC’s over a century-old history.

The force that came into existence in 1913 has never seen a woman Commanding Officer, however, Hina from PSP has truly made history.

Hina is breaking stereotypes as she is also the mother of a one-year-old daughter.

She is an inspiration for not just women, but for everyone. Don’t let obstacles come in the way to achieving your goals.

Congratulations Hina Munawar PSP (43rd CTP) on becoming the first ever female District Officer/Commanding Officer Frontier Constabulary Pakistan ever since this British era force came into existence in 1913. Proud moment for our batch.

Proud moment for being a Pakistani as well.. That in our country Women Rights are being given. It will surely inspire many other women. InshaAllah! Pakistan Zindabad ❤️

Hina Munawar PSP becomes the first female District Officer/Commanding Officer of Frontier Constabulary ever since the force came into existence in 1913. Being a mom of a one year old daughter, she is perfect example of Super Cop & Super Mom#WomenEmpowerment pic.twitter.com/ZHRZXt4X68

History … but remind us after an year abt his achievements , work done and improvements made

MashaAllah ❤️
More power to her, a role model for our society