It seems that Instagram stories are the modern news breaker. And the celebrities use it to the full extent. This time it was Hania Amir. And so, on 1st April 2021, we witnessed Hania Amir’s engagement.

She posted a picture of her hand where she has an oversized ring on her engagement finger and the text in that story was simply the date and a ring.

It was not even left to people’s imagination that she is engaged. 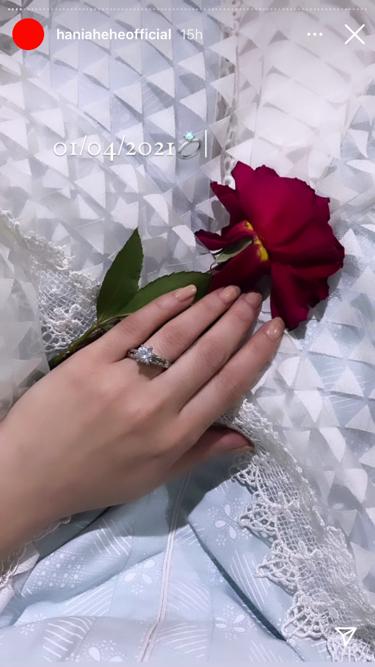 A producer, Umer Mukhtar even shared his story congratulating Hania and Shamoon Ismail for tying the knot.

He said: Congratulations to my two very good friends on getting engaged.”

And tagged both parties on it. 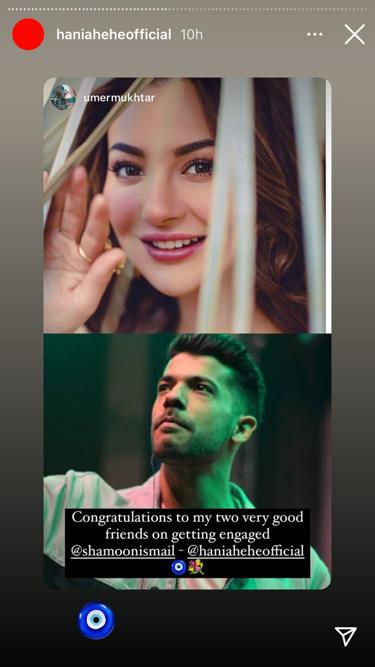 The news was further strengthened when some people who are close to Hania started congratulating her.

As we all know of the recent friendship of hers with Dananeer, it was obvious that she was going to congratulate Hania. But Dananeer’s manager, Nafayalll also posted a congratulatory story. 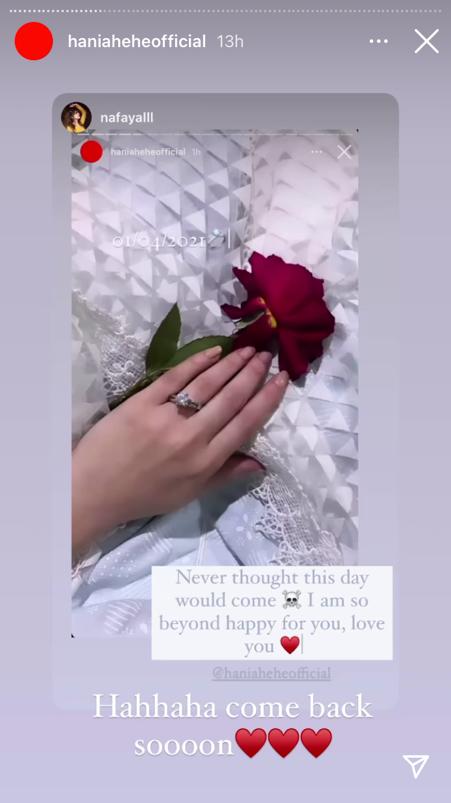 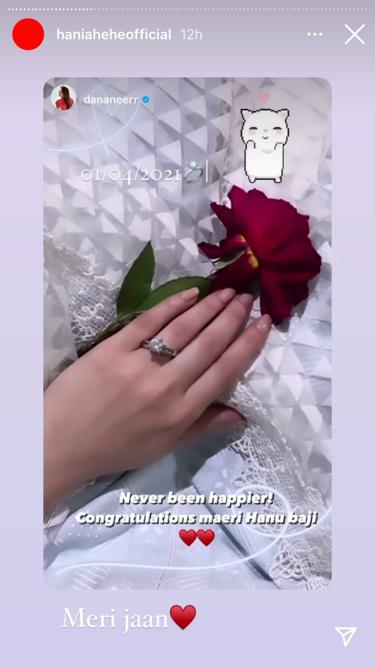 Aside from them, some accredited showbiz personalities also confirmed the news. These included Wajahat Rauf and Ashir Wajahat. 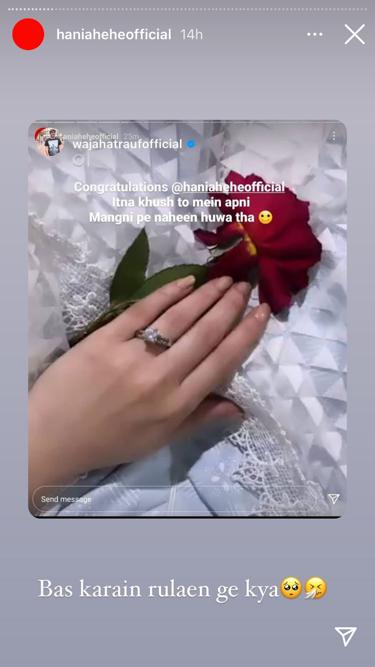 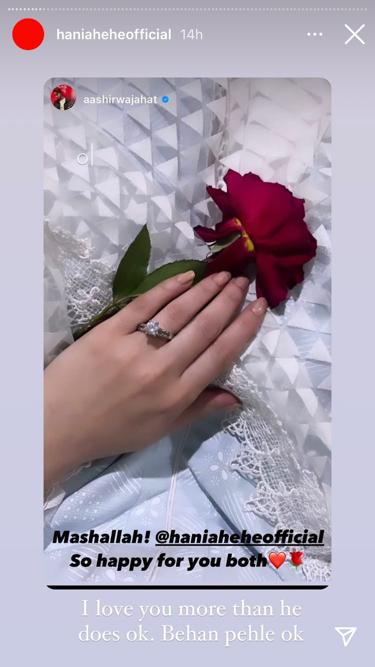 However, it turns out that this was just an elaborate April Fool prank. Hania posted an Insta story yet again where she told people to chill out and even added a BTS of when they were planning the prank (for evidence).

Hania amir after the prank of her engagement #HaniaAamir pic.twitter.com/cr3Gz4fPab

People were not happy with this though. They said that this might have been the worst prank ever.

She was called, ‘waili’ considering the extent she went to lay out her prank.

While others brought up her past humorous attempts.

It is safe to say, people were not on board with the idea of using engagement as a prank considering they went as far as saying Asim Azhar dodged a bullet.

I don't see what y'all and Asim Azhar saw in Hania Amir, as a guy I can't tolerate her for more than 15 minutes istg.

The point is Hania Amir’s engagement was only a prank and people hated it but maybe that makes it a success. What do you think?