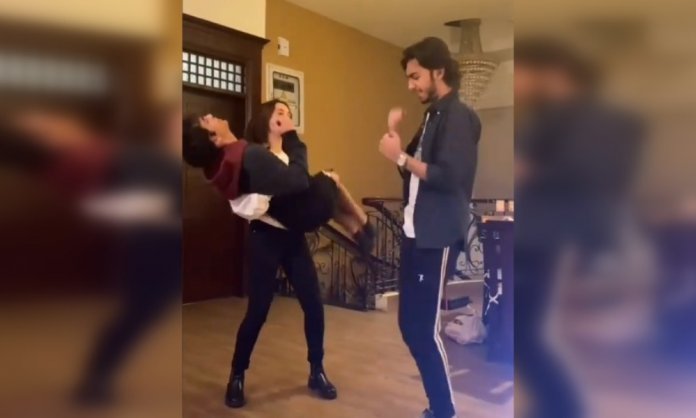 Hania Amir has been the center of attention in the Pakistani industry for the past few years. The actress rose to prominence and became famous after working in numerous Pakistani dramas that hit the audience.

Hania Amir entered the showbiz industry after her Dubsmashes got viral and got the attention of producer Imran Kazmi, who cast her for the blockbuster movie, Janaan, which was released in 2016.

The Video That Has Caused Hania To Get Trolled:

Hania Amir has always been in the spotlight ever since she entered the Pakistani showbiz industry. A few hours ago, the actress got a lot of attention and even got made fun of for the story that she shared on her Instagram.

Many people took to Twitter and made fun of Hania because she has been posting on Instagram. This does not come as a surprise since many people anxiously wait for public figures to do something to criticize them.

Hania Aamir on her insta stories all the time: pic.twitter.com/Cjq6vtlZkg

This is not the first time the singer has been in the spotlight for her social media posts.  A few months back, many followers and fans observed that Hania Aamir and Pop Singer Asim Azhar had unfollowed each other on Instagram, which initiated some subliminal postings and drama.

After the alleged rumor of the breakup between Pop Singer Asim Azhar and Hania Aamir, someone even had the audacity to ask reputed Islamic scholar Mufti Menk about it.

Hania and Asim got no chill 😂🔥 pic.twitter.com/0JMqwRX54q

Before that, the actress became a top-trending topic on Twitter after rumors about her engagement spread out on social media, resulting in many memes and reactions on Twitter by her fans.

Considering everything, is Hania Aamir’s Career In Danger?

Many people might think that her career is in danger for all the controversies and trolling -people have been doing against her. As per the love she and attention Hania Aamir has been receiving from her followers, one thing is certain that she is not going anywhere anytime soon.