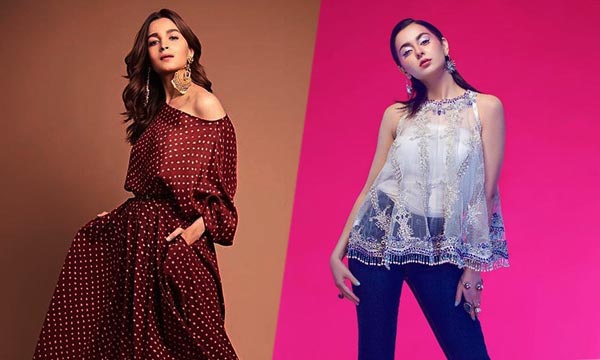 The dimpled beauty Hania Aamir is one of the most talented actresses in our entertainment industry who have carved her own niche in the entertainment world.

Soon after her debut in Janaan, Hania became the apple of everybody’s eyes and people just couldn’t stop gushing over her.

While talking to Jang Newspaper, Hania Aamir said that the success she received in her career in such a short period of time is because she is often found being compared to her.

Alia Bhatt had been one of the main reasons behind me getting a lot of projects. If any producer is in need of an innocent-looking, dimpled young girl then they know where to find me.

When Alia Bhatt becomes the face of any brand in India, then that same company approaches me to represent them in Pakistan. So I am very thankful towards Alia Bhatt and if I ever meet her in person, I would be over the moon.

Well, if this is the case, we would love to see both of the actresses on the big screen together!