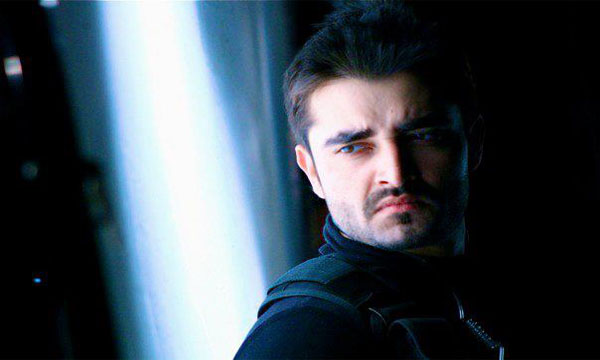 While we all are waiting to see what avatars will the cast be sporting, a picture leaked on social media has given us a sneak peak of Hamza Ali Abbasi’s slick look in the flick!

With eyes deeply kohl-ed and hair gelled back, Hamza ‘s never-seen-before sleek look has shocked us!

Apparently, Mahira Khan has too started shooting for the movie and has been spotted on the sets!

Currently, scenes of Hamza Ali Abbasi are being shot in Lahore and BTS pictures of the hero have surfaced on social media! Seems like he is giving major mustache goals to all Pakistani men! Fawad Khan has also started prepping up for his role!