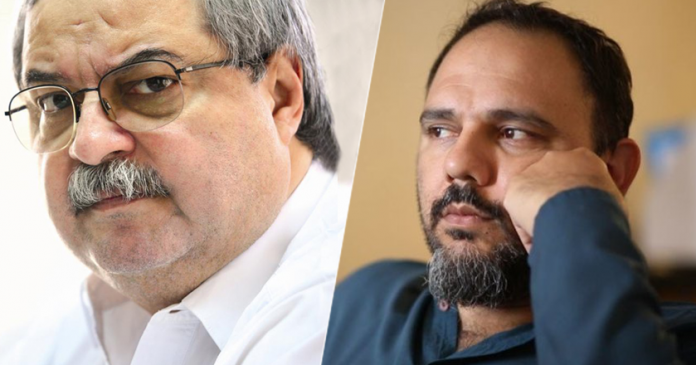 The notice read that Haroon is seeking an “unconditional public apology” for the allegations Jami has accused him of.

Both have been a part of public dispute since Jami revealed the name of his alleged rapist.

In October 2019, Jami broke the news on his Twitter that he was raped by a ‘media tycoon’ with influential ties.

Furthermore, Jami has said he has received the notice and is in the process of perusing it, according to Dawn.com, which spoke to the filmmaker.

An apology was ‘not even a distant possibility’. There is a lot that needs to be done for victims of sexual harassment and for future victims,

Contents of the Notice

“[…] Almost two months after circulating your first tweet on being allegedly raped, and strangely and abruptly traveling outside Pakistan, on December 28, 2019, on the social media platform Twitter, you falsely and maliciously labeled our client as an alleged rapist,” the notice states.

The notice repeats earlier accusations leveled by Haroon against Jami, including that the filmmaker is ‘defaming’ Haroon at the behest of powerful interests in the state who wish to “destroy [Haroon’s] credibility, especially his credibility as a leading advocate of the freedom of the press.”

According to Haroon’s legal team, Jami issued “a false statement […] to injure the reputation” of their client.

It says that Jami wanted to subject Haroon to “ridicule, unjust criticism, dislike, contempt and hatred and to target the freedom of the press”.

It should be mentioned that Jami has previously stated that he was summoned and assured of support if he went public with his allegations. He, however, claimed he had turned down the ‘offer’, saying his fight was not with Dawn as an institution, but with the person who assaulted him.

Jami has been told to issue an “unconditional public apology” as well as a retraction of his rape allegation “from all social media posts and other media outlets within 14 days of the receipt of this notice.”

He has been warned of criminal legal proceedings under Section 499 of the Pakistan Penal Code, 1860, and the Defamation Ordinance, 2002 in case he does not comply.