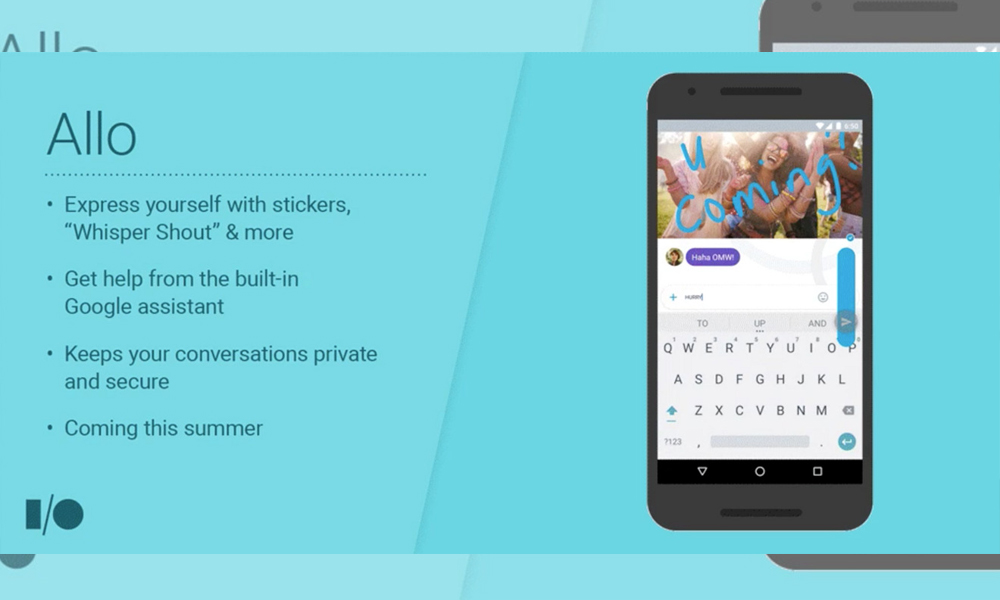 Google on Wednesday unveiled a smartphone messaging application infused with artificial intelligence as it moves to stay in tune with busy mobile Internet lifestyles. “Allo” will be released later this year, along with the “Duo” application for video calls, Google engineering director Erik Kay said at the Internet giant’s annual developers conference in the Silicon Valley city of Mountain View.

“It will be the first home for the Google assistant, bringing the richness of Google right into your chats,” he continued, referring to artificial intelligence capabilities being woven into the Internet giant’s offerings. Many internet companies are probing the possibilities of artificial intelligence, for example, smartphone applications that can learn a user’s habits and anticipate searches and requests.

Facebook has been testing a virtual assistant called M in its popular Messenger application for smartphones.

Allo virtual assistants “understand your world” in ways that allow people to ask questions or give directives the same way one might speak with an aide, according to Kay.

Both applications, which will be free, are based on users’ mobile phone numbers.

Features built into Allo include “Whisper and Shout” that lets users make message contents larger or smaller with a swipe.

“No more yelling in all caps to get your point across,” Kay quipped.

Allo can suggest replies during text conversations, recognize contents of pictures and customize itself over time to how individuals express themselves.

Users can chat directly with virtual assistants by typing messages to @google.

Allo also allows for “incognito” chats that are encrypted end-to-end and users can have messages self-destruct after specified amounts of time. “So you control how long private messages stick around,” Kay said.

“When you delete a private message, it is gone forever.”

Duo video calling is also encrypted end-to-end for privacy and security, and has a “knock-knock” feature allowing users to see live streams of callers before answering.

Since Android’s third major revision in 2009, the operating system’s nomenclature has followed the same pattern.

Each update has started with the next sequential letter of the alphabet, and been named after a sweet treat or desert.

The convention even led to a branded version when Android K was dubbed KitKat.

Now Google is looking to the public for ideas viaandroid.com/versions/name-n.

With Android N available as an in-progress developer preview since March and expected to arrive in short order, Google is inviting visitors to the Android website to suggest their own potential N-based delicacies.