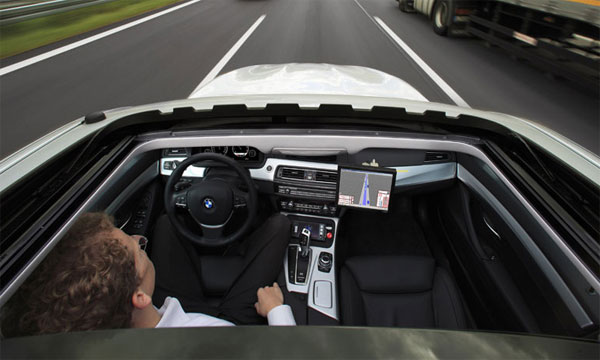 As the largest US automaker pushes into developing autonomous cars and trucks, Barra said keeping the vestigial appendages of traditional human-piloted vehicles is crucial for safety. “We do think we have a leadership position in autonomous,” Barra said.

GM has made sizeable investments in future technology, including the billion-dollar acquisition of Cruise, a San Francisco start-up focused on the development of the autonomous vehicles.

Speaking to reporters ahead of the company’s annual shareholders meeting, Barra expressed confidence in sales this year despite an 18 percent plunge in May.

She blamed that largely on having been forced to close a key assembly plant in Ohio because of a parts shortage caused by the mid-April earthquakes in Japan.

“That was a very unique situation,” she said.

Barra said 2015 was a good year for the largest US automaker on many fronts, including record earnings and record global sales.

“We have continued this strong record in 2016,” she said, noting the company has produced record profits and boosted its quarterly dividend.

“We continue to be focused on producing sustained long-term growth… Our goal is earning customers for life.”

GM is also concentrating on improving efficiency, she said.

GM still expects the US industry will sell about 17.5 million units this year, about the same as 2015, the best year on record.

During the shareholders meeting, GM passed something of a milestone with the election of Jane Mendillo, the former head of Harvard University’s investment fund, to the board of directors

Now for the first time, half of the board members of GM, long a cornerstone of American business, are women.

Honda’s Self Driving Car to be on Roads by 2020