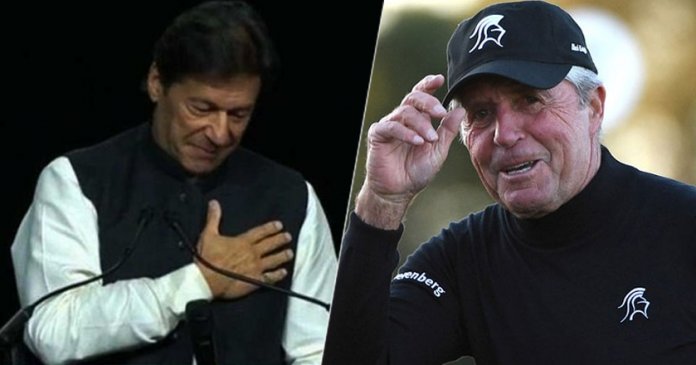 “Prime Minister [Imran Khan] I just like to get this message through to you, I have been following your leadership and I wished I had the words of Shakespeare and Winston Churchill to give you the credit that you deserve,” he said in the video message.

“I’m so proud of you for what you’re doing for your region. May Allah be with you all the time! God bless my friend. You are my hero as Nelson Mandela was…,” the retired golfer added.

May strength be with you! I know you’ve got many many challenges that you would need at least two years, I would imagine, to get your message across. But until then Allah-o-Akbar, -he concluded

Gary is regarded as one of the all-time great golf players and holds the record for winning several major golf championships.

He was the first non-American to win all the four majors in his career, known as the career grand slam.

This message was followed by Imran Khan’s outstanding speech at the 74th United Nations General Assembly session, which set new records of popularity.

On the @UN official YouTube channel where speeches of ALL heads of state are published, averaging views from 1.5K to 3K, PM Imran Khan totally breaks the status quo and has 426K views as the most watched speech of #UNGA #ImranKhanMakesHistory #ImranKhanVoiceOfKashmir pic.twitter.com/UDbhuefV1s