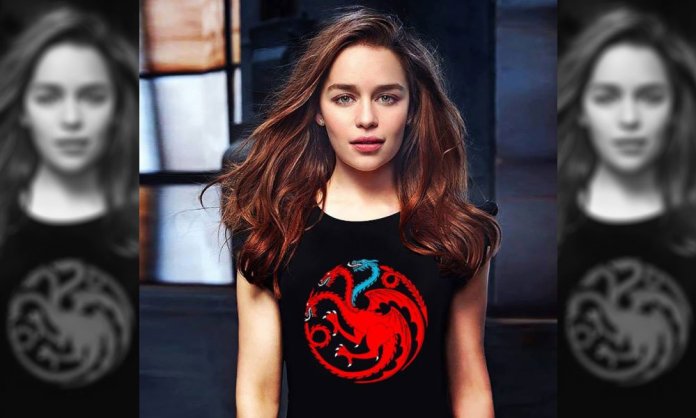 Gender discrimination will not disappear overnight but the #MeToo and Time’s Up movements are “here to stay”, Games of Thrones star Emilia Clarke said Tuesday.

Speaking in Cannes where she was promoting the latest episode in the Star Wars franchise, Clarke said: “It’s really difficult because this is a problem that has been around forever so changing it overnight is impossible.”

But by “continuing to apply gentle pressure” women can prevent the movement losing momentum, she said.

The 31-year-old actress plays a childhood friend of intergalactic smuggler Han Solo in “Solo: A Star Wars Story” which was screened at Cannes film festival on Tuesday.

The diminutive Briton, revered by Throne fans as Queen Daenerys Targaryen, Mother of Dragons, has been outspoken about sexism in Hollywood.

“It starts with the little things when you say an opinion or idea or concept and it doesn’t get picked up in a discussion and then a dude says it and suddenly we’re doing it!”

For Clarke who grew up in London in an “incredibly equal” household where her marketing executive mother “was the one who brought back the bacon”, it was a shock.

“I never felt as a girl I couldn’t do anything I wanted to do,” she said.

Her first big break was on HBO’s wildly successful Game of Thrones — about to enter its eighth and final series — where she says she has always been paid the same as her co-stars.

It was only when she began working in film that she encountered discrimination but she says “the temperature changed dramatically in the morning all of this stuff (the Me Too movement) started”.

“Walking on set, I felt a difference in the room that was really interesting to navigate but then you kind of ease into it and you say ‘this is it!’.”

She supports US actress Frances McDormand’s rousing Oscars call for clauses imposing quotas for diversity in film casts and crews.

While acknowledging that it could become “muddy” she said: “From an idealistic point of view, it makes complete sense, because then people can be held accountable for things.

“We can say ‘Hey guys, on a really basic level you haven’t filled your quota so hi, I’m here to fill your quota!’.”

But she also warned against an “unnecessarily aggressive” approach.

“I’m not naturally aggressive as a human and I found conflict in the workplace incredibly difficult because I get emotional.”

The dragon queen will, however, spitfire if one more reporter asks her “How does it feel to play a strong woman?”

“You think a lead in a movie is going to be a weak woman? Enough already with the strong women, please let’s just be women.”