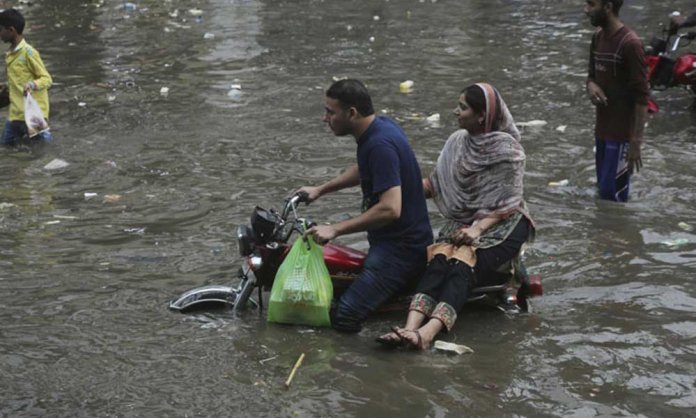 Monsoon currents are penetrating in southern parts of Pakistan and increasing temperatures are likely to result in stronger rains, according to weather experts.

According to the weather department, here is the amount of rainfall received by various areas:

However, Pakistan Met Office has again warned the city of heavy rainfall and red alert has been issued for expected flooding as well.

According to the forecast around, 8 districts of Sindh can expect anywhere between 50 to 70mm heavy rainfall with water logging in low lying areas of the city and isolated places in other parts of Sindh.

Are you prepared to face this weather?