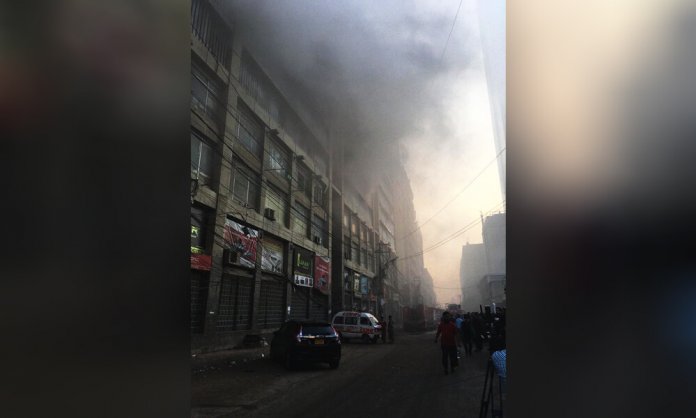 A massive fire has broken in Techno City Tower at Karachi’s busy I I Chundrigar Road on early Monday morning.

Following the incident, the building was evacuated and four fire brigades were sent to the spot.

Fire officials responded to a call of smoke at around 05:30 am.

Investigation reveals that a short circuit resulted in a fire in the parking garage of the fourth floor.

However, no casualties have yet been reported.

Samaa News has now gone off-air as their office is located in the building and has been affected by the fire.

#Karachi: #SamaaNews goes off air due to fire in their office building named Techno City at II Chundrigar road. No tickers & no News. #KHIAlerts

7 Restaurants Overseas Pakistanis Must Visit When in Karachi

Chief Fire Officer Tehseen Siddiqui has stated that that the fire is now under control but it cannot be said that when it will be completely doused.