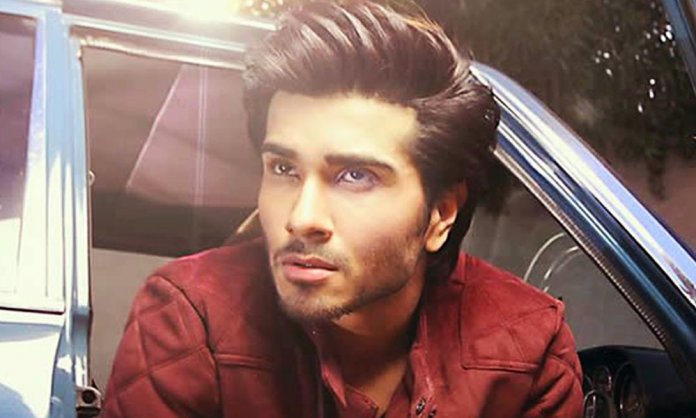 The heartthrob of Pakistan, Feroze Khan who is currently seen portraying ‘Mir Hadi’ in the hit show ‘Khaani’ is stealing hearts of his fans worldwide!

The actor’s various acting trysts has won him many accolades and praises not just from his devotees but from industry critics and other Pakistani stars as well.

However, even the most successful stars have haters! But Feroze has proven that he doesn’t let hate affect him.

Just a casual Mir Hadi and Mir Shah morning chillin back from the sets of #KHAANI tell me how excited are you about the second last episode going to hit soon your tv screens. I am reading the comments here. Xx #FK @abdullah.kadwani @asadaqureshi @anjum_03shahzad @mahmoodaslam1964 #SanaJaved #KashifJabbar #THEBIGBOSSSHOWKHAANI

The response he got was overwhelming!

His fans couldn’t stop lauding the actor for his skills and the story of the drama. Many expressed their heartbreak over the melancholic ending of the show.

However, a few followers were seen bashing not just the show ‘Khaani’ but the actor as well.

But Feroze being Feroze, didn’t lose his cool and instead used humor to diffuse any negativity.

Apparently, a hater tried to troll Feroze that the drama is now a major bore!

However, Feroze remained unfazed and wrote a smart reply! 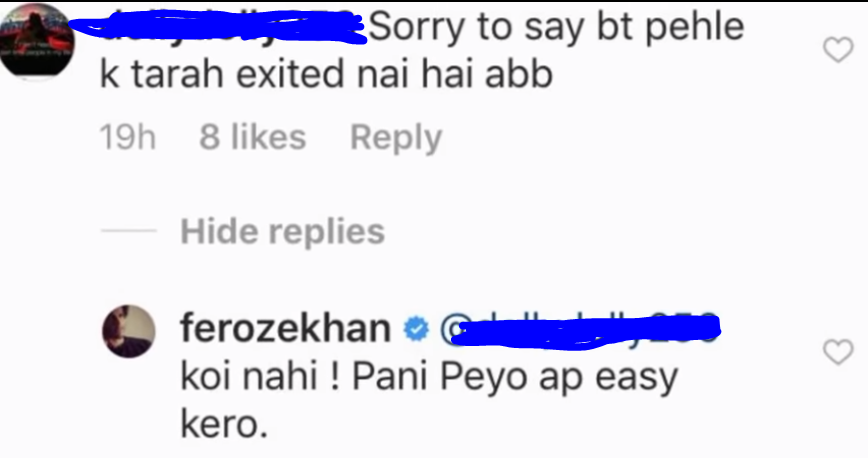 That’s not all though!

Another troll attacked Feroze for replying to all of his fans!

Hitting back at the keyboard warrior, the charismatic actor’s cool reply silenced all!

Not only is Feroze an amazing actor but by replying calmly to the haters, he has definitely proved that he is an awesome human being as well!