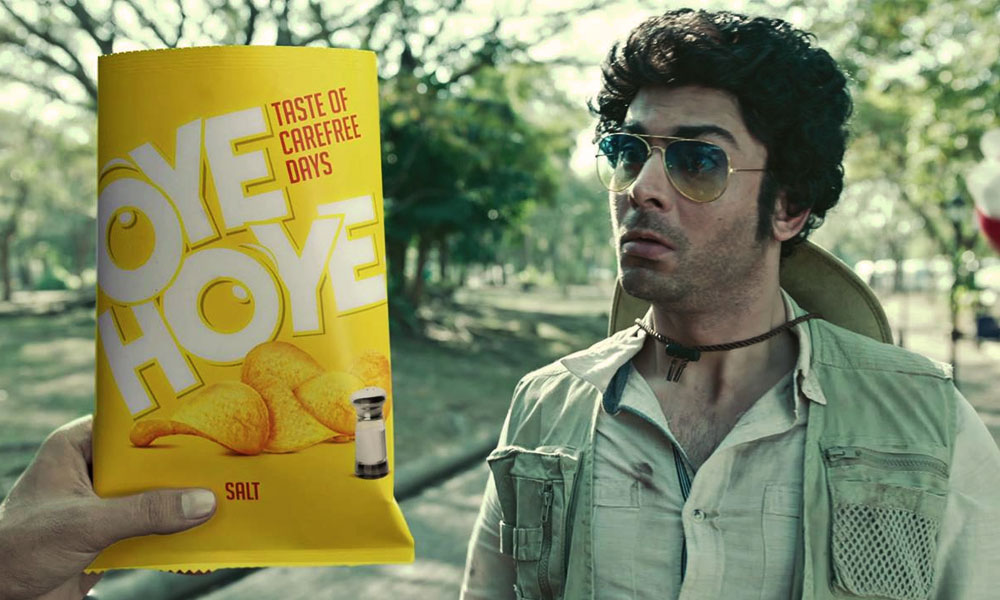 Fawad Khan is endorsing brands left and right! Samsung, Tapal, Tarang and now Oye Hoye by United Snacks! The latest video in the series shows Fawad Khan as ‘Oochi’ – a guy who tells tall tales about himself and detests Fawad Khan.

Fawad appears in a video trying to endorse Oye Hoye snacks when he is kidnapped by ‘Oochi’ a rather crazy character.

Oonchi hates Fawad for constantly endorsing various brands and has kidnapped him for it. Oonchi proceeds to make Fawad praise his hair, his red tracksuit, his mustache and sideburns, when a lady’s voice is heard calling Oochi. The video is part of series as it ends with Oonchi’s mother calling him out of the room.