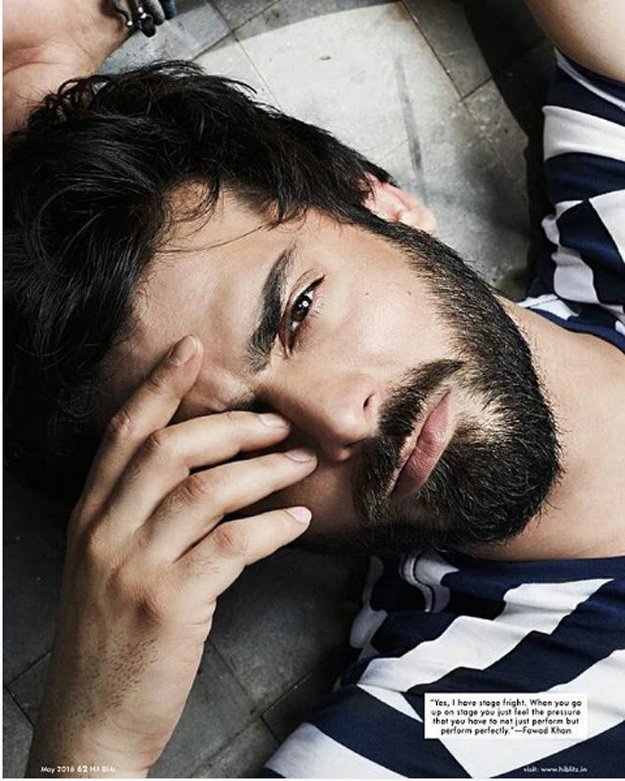 Fawad Khan’s next Bollywood flick Ae Dil Ha Mushkil (ADHM) is in the limelight ever since the cameras rolled down for it. This KJO’s directorial project will not only give us another movie to see Fawad and his performance but we will also see him sharing screen space with some of the superstars of Bollywood like Aishwarya Rai and Ranbir Kapoor.

Recently, our Khan talked to India’s leading daily, Hindustan Times and shared his opinion about his co-actors. He said that he is a fan of Ranbir Kapoor’s work and enjoys watching his movies.

“I am a big fan of his work. I have enjoyed most of his performances. I shot with Ranbir for the first time for this film, but that was hardly for three or four days in Austria. Before that, I had briefly met him in London, UK, when he was shooting for the same film. He is a chilled out and relaxed guy. But our interactions have been limited in number. I am looking forward to a shooting schedule that allows us to spend more time together,” said Fawad. While gushing about former Miss Universe, Aishwarya Rai Bachchan, Khan seemed to be in awe of this beauty queen. Fawad shared his experience when he first saw Jazba actress for the first time at a film screening:

“Aishwarya is so pretty… I had seen her without my glasses, and even then she was looking fabulous. But since I was not wearing my glasses [at the screening that day], I had to first check with my manager if it was actually her,” shared Fawad.

From what Fawad shared with this newspaper surely depicts that he is thoroughly enjoying this opportunity to work with such a stellar cast. The movie is slated to be released on October 28th, 2016.

Ranbir Kapoor Lashes Out at Photographer For Taking Pictures