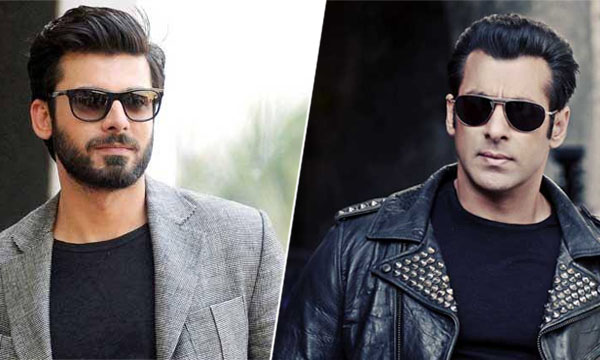 According to earlier buzz, our favorite Pakistani actor Fawad Khan was roped in Salman Khan’s next production which is to be helmed by the Indian director, Nitin Kakkar! The director has now denied all the reports.

Denying all the reports, he  added, “Someone over enthusiastic wrote that. I am not making any urban love story with Fawad. Nothing like that.”

“We are still in the process of casting actors. Nothing concrete yet. And as soon as someone is signed, we will also announce. Right now speculations are being made,” he added.

With Indian nationalist party, Maharashtra Navnirman Sena (MNS) film workers association threatened all Pakistani celebrities in Bollywood, there is a heated debate going on about the issue! Nitin said that artists have no religion.

“An artist doesn’t belong to any religion or country. They are pigeons of peace who carry the flag of peace in their hands. Be it cricket, theatre, music or films, if you ban them then your last hope for peace will end”, he commented.

Fawad Khan has become the most wanted superstar in Bollywood! Earlier, as per reports by Pinkvilla, Nitin had confirmed this happening news and has announced that the film will go on floors by next year.

“We go on floors with Fawad sometime next year. He is locked in. We are currently in the process of getting an actress on board”, he stated. We were excited witnessing Fawad Khan in a contemporary romance saga. Of course, he plays the perfect lover boy and we are always delighted to see him in such avatars.

“This is an urban love story. But more than that, it’s an interesting take on relationships between a boy and a girl,” PinkVilla reported.

While earlier Fawad was roped in for Salman Khan’s Jugalbandi, apparently that project never materialized.

“Amar Butala, who’s heading SKF, has been in constant touch with Fawad and it’s true that the two have finally decided to work together. But it’s not for Jugalbandi. Fawad has greenlit Filmistaan director Nitin Kakkar’s next film instead,” a source told Indian website Bollywoodlife.

Fawad Khan’s Hot DJ Look in Bulleya Song of Ae Dil Hai Mushkil Movie is Not to be Missed! There is no stopping our Humsafar Hero! Let’s see what more is to come from Pakistan’s King of Khans!

8 Actresses We Want Fawad Khan to Romance in Movies!

Stay tuned to Brandsynario for more updates on th news!