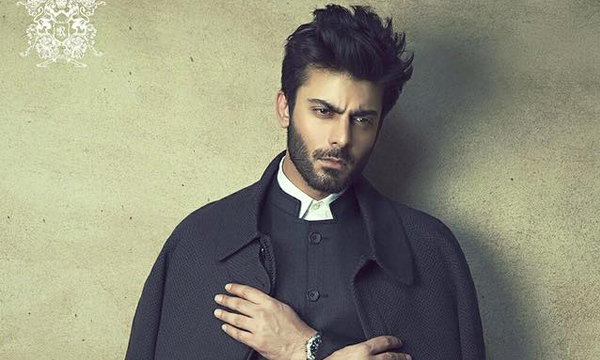 There is no stopping our Pakistani heartthrob, Fawad Khan! The latest buzz is that the hero has been nominated for India’s Outlook Social Media (OSM) Awards 2016 in the category of Fashionista of the Year.

Along with Khan, many Bollywood bigwigs have also made it to the list. The likes of Shahrukh Khan, Karan Johar and Karan Patel are spotted beside Fawad in the category. However, ladies seem to be dominant in the Fashionista of the Year nominations . From Nargis Fakhri, Alia Bhatt, Priyanka Chopra, Sonam Kapoor, Sushmita Sen to Sunny Leone; B-town’s Queens are leading in the list!

8 Actresses We Want Fawad Khan to Romance in Movies!

For now, Ye Hai Mohabbatein soap actresses Divyanka Tripathi Dahiya have reaped 58% of the votes. While Fawad Khan has 7% votes till now, he appears to be prominent amongst the four nominated men. Our Khoobsurat King of Khan-dom, Fawad is for sure the most fashion-savvy amongst all male celebrities. Whether he wears a simple sherwani, shining three-piece suit or casual blue denim and loafers, the heartthrob appears equally urbane and looks every inch of a royalty in traditional tailoring as he does in western attire.

In the recent time, Khan has surely become one of the chief menswear advocates of the fashion scene. Of course, his classically dashing features and princely looks enable him to flawlessly pull off anything he wears. Let’s make our favorite Khan win the OSM 2016 Fashionista of the Year award! You can cast your vote for Fawad Khan here.