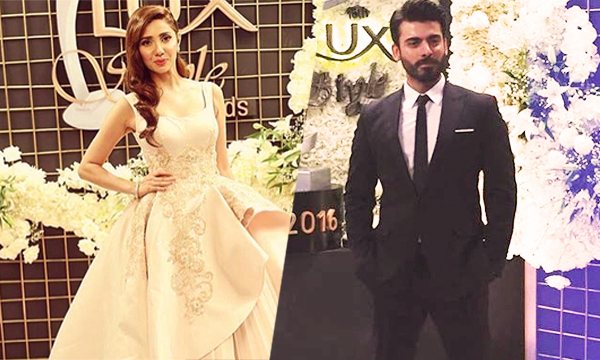 Ever since Humsafar graced our televisions back in 2011 our lives became a little more Mahira Khan and Fawad Khan-centric. Six months later, it ended with riveting reviews and a fan base neither of the star actors ever thought they would have.

Fast forward to 2016 and most of our nation is still obsessed with the two, with even a tiny appearance by the two together is more than enough to fuel our drama/cheesy romantic nation for a few months and then to wait a few more months before they can go gaga over the two together again at the LSA Awards 2016.

When the LSA 2016 announcements were made, the fans were desperately waiting for Mahira Khan’s and Fawad Khan’s performances at the LSA. It is safe to say that on Friday night, our drama obsessed nation, got its fair share of the star duo.

Let us now take a look at some of the memorable moments from LSA 2016.

The starlet walked the ramp like a queen- donning a gown by an Egyptian designer.

Ever since Shakar Wanda Re has been released, it has been the go-to song for weddings. So it was no surprise that Mahira Khan and Sheharyar Munawar’s dance performance at the finale was one of the best moments from LSA 2016.

Adding an icing on the cake was when Mahira and Shehryar go down the stage bringing Humayun Saeed and Mawra Hocane up on the stage to groove with them! This definitely was one of the fun moments of the night.

Sadly, neither could match Mahira Khan and Sheharyar Munawar’s moves.

We love it when celebs thank their parents at the awards show. Probably one of the reasons Mahira’s best actress speech for Sadqay Tumhare has got everyone fawning over the actress once gain.

During the speech, the actress let in about her dad who was attending the show.

“Today, for the first time, I’m not sure where he’s sitting, but my father is here today.”

Pakistani heartthrob Fawad Khan with Ahmed Ali Butt came together for one of the most memorable moments of the nights where they took a dig at everything from our hairstylists to our makeup artists.

I’m pretty sure celebs are as clumsy as us ordinary folk. Which is why we are willing to forgive Fawad Khan who broke one of the LSA trophies.

Watch the awkward scene below: