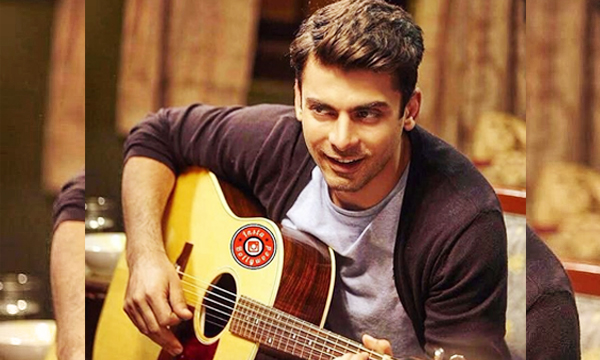 Perfectly handsome, utterly charming and super successful; Fawad Khan is the most wanted movie star not only in Pakistan but also in India. The heartthrob skyrocketed to stardom in no time and is on a crazy movie signing spree with directors on both sides of the border eager to get his hands on him!

Much to our glee, Fawad will be working his magic on silver screen in around seven films. Let’s discuss all the projects he has been roped into, in India and Pakistan. We bet his fans will be lining up in cinemas to see the hottie in all of them!

While Khan has floored India in no time, he is all set to fire into Pakistani movie industry with Albela Rahi. The movie is based on the life of the nation’s coveted singing sensation, Alamgir and the actor will be donning the challenging lead role of the pop icon. The release date is not announced yet! After Kapoor & Sons, it is Karan Johar’s ‘Ae Dil Hai Mushkil’ which will be unveiling Khan in a rocking avatar of a hot and heavy, Pakistani DJ. According to sources, the Humsafar hero has a cameo role in the film. Well, we hope it is not too short! It is apparent that Karan Johar has his eyes on our shining star, Fawad. But who knew that India’s big-wig director Sanjay Leela Bhansali will also want to cast him in one of his endeavors! The buzz is that the good-looking actor has signed Gusthakiyaan. The best part is that he replaced the veteran actor Irrfan Khan in the tale. So happy for our hero ! Seems like the Pakistani King Khan is on a spree to out shadow all the Bollywood Khans. After Irrfan Khan, Fawad also replaced the Indian Nawab Saif Ali Khan for Salman Khan’s ‘Jugalbandi’. We are so proud of our handsome hunk for bagging the role alongside Jacqueline Fernandez. The rumor mill  reveals that Big B, Amitabh Bachchan will also star in the film. We are super excited for Mr. Chaalu as Fawad Khan will be romancing Miss World 2000 and the Quantico actress, Priyanka Chopra in it.  The movie will be directed by Reema Kagti.  What a dazzling couple, Khoobsurat Khan and Bollywood’s desi girl will make! Can’t wait for this one. Pakistan’s 1972 cult-classic Maula Jatt is being revamped by the ‘Waar’ director Bilal Lashari; Fawad Khan has been roped in for the legendary Sultan Rahi role of Maula Jatt! Kudos to Khan’s spontaneity for this versatile avatar. He will be part of a star-studded cast of Hamza Ali Abbasi, Sanam Jung, Shamoon Abbasi and Adnan Jaffar. Three cheers for our drool-worthy superstar for seizing a role in a Zoya Akhtar film! Yet again, he replaced B-town’s top actor Hrithik Roshan in the movie. Khan’s leading lady is the sultry debutante Jennifer Winget.  Rumor has it that the dynamic actor Ranveer Singh will also star in the venture. Two dashing heroes together will make it a must-watch! Fawad Khan Stands Strong on ‘No Intimacy’ Policy in Bollywood

Fawad has recently signed yet another Bollywood biggie with Karan Johar. This will be his third film with the director after Kapoor & Sons and Ae Dil Hal Mushkil! Details are yet a mystery. We hope he stars with Deepika Padukone, Katrina Kaif or Nargis Fakhri in this one! We hope this list keeps increasing! Stay tuned to Brandsynario for updates.