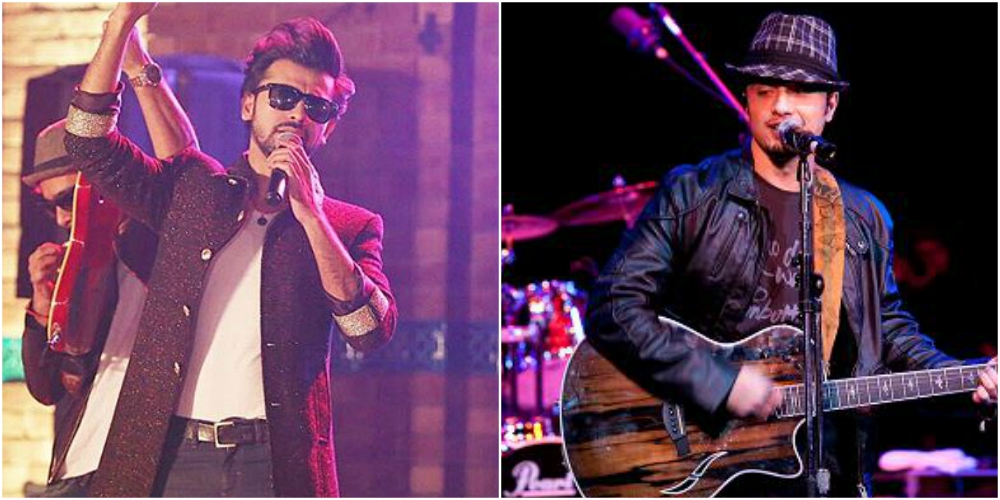 1,2.3- FREEZE! Pakistani celebrities are having the time of their lives while participating in the viral “Mannequin Challenge”.  From Osman Khalid Butt to Uzair Jaswal, Adeel Hussain to Hareem Farooq; superstars are readily taking it to their Facebook and Instagram to flaunt hilarious videos of themselves paralysed in crazy positions.

But the challenge has just got interesting with an apparent fun contest between Farhan Saeed and Ali Zafar!

We all know that Farhan Saeed is out and about performing concerts in Lahore and setting the stage on fire with audiences swaying to his beat.  Later, he made waves on social media for being the first Pakistani singer to nail a mid-concert Mannequin challenge at Roots International School.

It turned out to be a real crowd-pleaser! Watch it below.

So this happened at Roots ! Haha what a great crowd. #MannequinChallenge

Hence, Farhan became a trendsetter and the next to follow his league was the ultimate rockstar, Ali Zafar!

While Zafar’s stunt was ah-may-zing, Farhan Saeed returned & took the challenge to a whole level with an audience of more than 5k in Faislabad!

So faisalabad DMC ( Divisional Model College) did Mannequin Challenge like a boss! 😎

The singer, Saeed truly raised the game all over again by pulling off the gigantic mannequin challenge. Undoubtedly, he rocked it.

Is there any other celeb willing to take Farhan Saeed down? Let’s wait and watch!

Farhan Saeed’s Mannequin Challenge During Lahore Concert is the Best Thing You Will See Today!