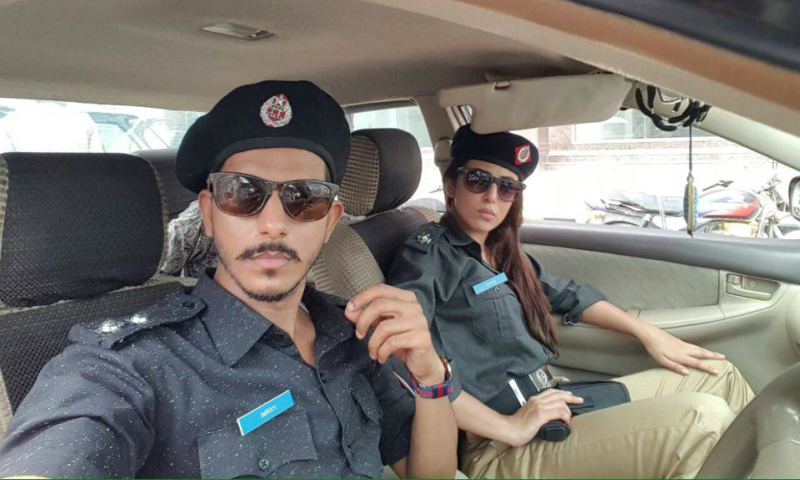 With an overdose of over the top Ramazan transmissions and Eid themed plays following suit, there is a dearth of diverse entertainment content. Yet, Jhoot Wala Love may offer something different altogether.

Revolving around a love story depicting two cops, the telefilm shot by Angeline Malik, starring Ushna Shah and Mohsin Abbas Haider will be aired on Urdu 1 this Eid. The play also stars Parveen Akbar as the gorgeous Ushna’s mother and is written by Syed Zain Ali. The leading duo for the tele film was busy shooting Jawad Bashir’s romantic comedy Teri Meri Love Story previously and is quite excited about this telefilm. Ushna Shah commented that she will be adding her own spin to the young and dedicated policewoman in the telefilm.

… And after we got done I said lady whats your number? She said 911. #ladycop

Ushna Shah said,“The telefilm, Jhoot Wala Love, is a love story surrounding two police officers. My character is of a cop who is incredibly rough and tough. And she loves violence (laughs). Angeline knew I love to play fun characters, so when she called me up and told me this one’s for me, I just had to do it.”