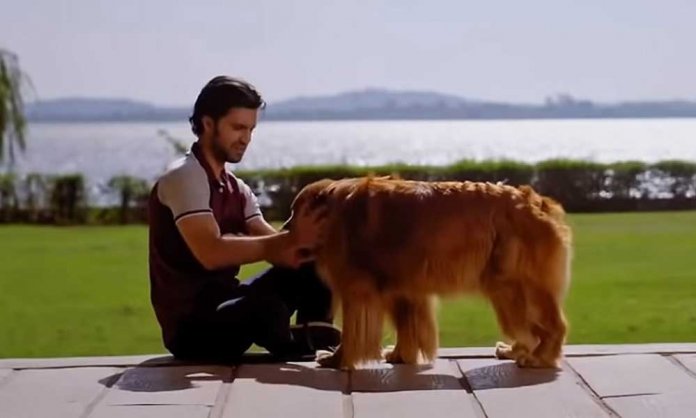 The boys are playing the role of students at a cadet college. The drama series has taken off with a positive start.

Despite having many characters, everyone can easily relate to them and it’s not that easy to be able to pull that off.

However, one character that netizens have not been able to stop talking about is none other than the cute, sweet and loyal Zoro!

Zoro is a golden retriever, and he is not just any dog, he is actually DG ISPR Major General Asif Ghafoor’s beloved pet. Whereas in the serial, Zoro is Ahad Raza Mir’s pet dog and seems immensely attached to him.

With Zoro now as the new social media sensation, fans want to see more of this gorgeous boy on screen.

Are you a fan of Zoro? We are!