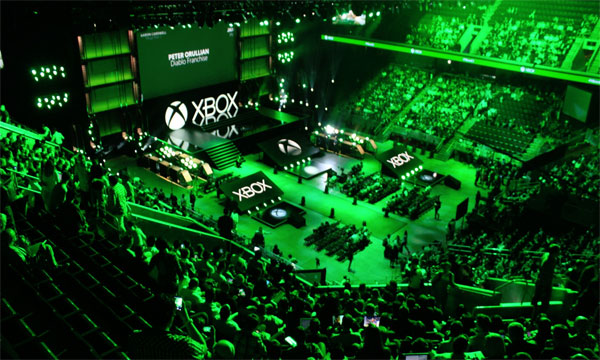 Not much is known about the upcoming press conference, but we do know that we’ll hear more about the Xbox One’s Anniversary update and its features. Last month, Xbox head Phil Spencer gave an update on the company’s E3 planning and said the “[t]eams did a great job highlighting what they have coming.”

You can check out all of the companies attending E3 2016 right here. It’s been confirmed that Electronic Arts won’t have a booth or conference at this year’s show, and Activision followed shortly after.

You won’t see Disney Interactive or Wargaming hold floor space this year, either.

You can also catch it on Xbox Live, with plenty of pre and post show banter from Major Nelson and his friends. We are also giving the link right here so that you may enjoy the live session from this update.

Microsoft has confirmed several big names, Crackdown 3, Rare’s Sea of Thieves, big bad Scalebound, more Killer Instinct and of course Halo Wars 2. These are to be revealed at this year’s E3 2016.

Microsoft Xbox 360 To Be Discontinued