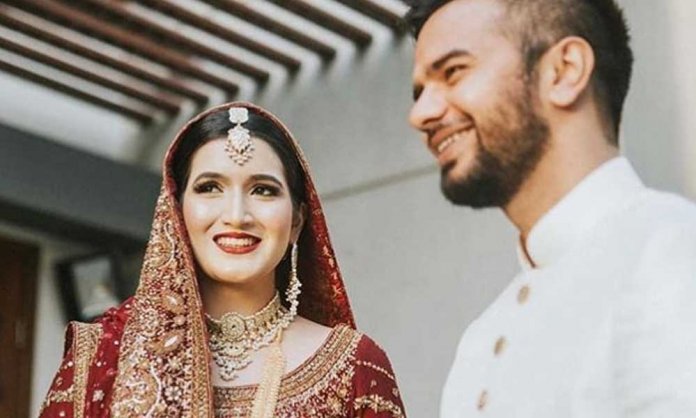 When Mooroo released his vlog after getting married, everyone fell in love with it. It had everything: excellent storytelling, captivating visuals, intriguing philosophies on love, life and companionship.

When Irfan Junejo got married earlier this year, everyone eagerly waited for him to trlease a vlog about it.

It took Irfan so long that we almost thought he never planned to put out his wedding vlog for us to see. However, yesterday he proved us all wrong.

Irfan finally released his wedding vlog titled Dulha Mian Diaries and his fans and followers can’t seem to get enough of it!

From buying the cloth for his sherwani to messing up the mehendi dances and flying to London for an emergency visit amidst his wedding preparations, the vlog has it all!

What his fans are especially loving is the last sequence, in which Irfan bursts into his adorable laughter while delivering the following ending note:

It is truly the cutest because we’re assuming it is his wife behind the camera.

Moreover, take a look at how much the vlog is compelling Irfan’s fans to get married:

After watching Irfan junejo weeding vlog.
Me be like: Mujay shadi karni hai.

Have you seen it as yet? Let us know what you think!