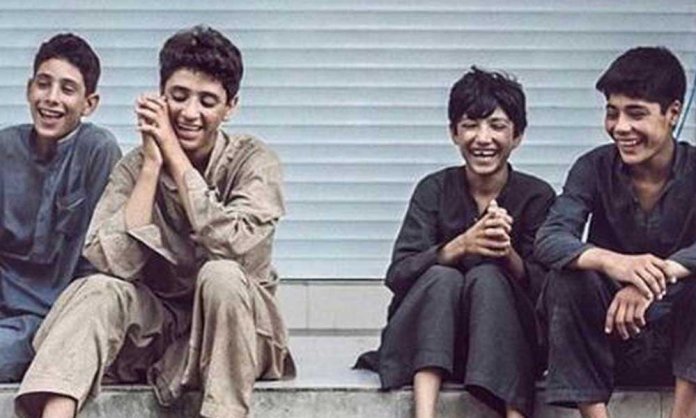 Everyday Pakistan, a innovative social media project focused on bringing to light an unconventional image of Pakistan, has recently won an award in India for the Citizen Media and Journalism category at the Social Media for Empowerment 2019 awards, New Delhi..

The person behind this project is Anas Saleem, who paints and celebrates a beautiful, cultural and colorful picture of Pakistan with his lens. He aims to break the world’s general perception of Pakistan, which is mostly sad and unfortunate.

Anas is a free-lance writer from Faislabad. He kickstarted this project back in February 2018 and the project managed to build a place in the hearts of Pakistanis in a short span of time.

”Inspired by Everyday Mumbai, an Instagram project that curates images of life in India’s financial capital, Saleem realized there was no similar account for the cities of Pakistan. So he created one on his own, launching Everyday Pakistan”

Co-organised by Facebook and New Delhi-based Digital Empowerment Foundation , the contest celebrates “platform that identifies, recognizes and honors initiatives that leverage the power of social media to bring about a change.”

Take a look at what Everyday Pakistan is all about:

The Tomb of Bibi Jawindi is one of the five monuments in Uch Sharif,Punjab, Pakistan that are on the tentative list of the UNESCO World Heritage Sites.Dating to the 15th century, the shrine was built in 1493 by an Iranian prince, Dilshad for Bibi Jawindi, who was the great-granddaughter of Jahaniyan Jahangasht, a famous Sufi saint. The site is located in the south-west corner of Uch, a historical city founded by Alexander the Great, in the Bahawalpr state and Punjab province of Pakistan. Over the centuries, the tomb has badly disintegrated due to environmental conditions, and during torrential floods in 1817 half of the structure washed away. Photo by @muneebafatimawarraich #everydaypakistan #everydayeverywhere

The Pink Riders is a growing initiative to encourage and teach women how to ride motorcycles in Karachi, Pakistan. The idea is to give women the opportunity to have some autonomy in their daily commutes to promote economic independence. A majority of women rely on third party ride share services, such as Uber or Careem, or their male relatives to commute around the city. A female rider is often never the case. In fact, when a woman is on a motorcycle, she is almost always sitting ‘side saddle’ behind a male relative. The stigma surrounding female riders is in part due to a deep-rooted patriarchal culture partly influenced by European tradition. Sitting aside results from a misunderstanding of the concepts of virginity and modesty. The Pink Riders are actively working to dismantle these misconceptions. Riding aside on a horse can be traced back to 14th-century when it was thought it could preserve a woman’s virginity by keeping the hymen intact. This misconstrued idea spread, and riding astride became a taboo. Since then, the fear of the hymen tearing and the social consequences paired with it permeated colonial circles. It was deemed indecent for women to ride horses, bicycles, motorcycles, or do any physical activity that risked this perceived virginity. As such, this practice spread to South Asia with the expansion of the British Empire. In fact, Mughal portraits from before colonization show women riding horses astride, hunting, and even playing polo. Today, in Pakistan, women ride aside on the back of motorcycles, often with their children in hand. The Pink Riders are taking a progressive step to overcome restrictive and misinformed social structures. Founded by Payyam-e-Khurram, he and the Pink Riders meet every Sunday on a long stretch of open road to practice riding motorcycles. Fitted with helmets, elbow and knee pads, women from all over Karachi come to ride. They begin with simple balance skills on a bicycle and gradually progress on to learning the clutch and gears of a motorcycle to learning to ride in traffic. Since they were founded a year ago, the Pink Riders have successfully taught around 750 women how to ride. Photos @mustafahussainofficial

Children seen playing in water after a rainfall in Lahore, Pakistan. Photo by @bey.parwaaa #everydaypakistan