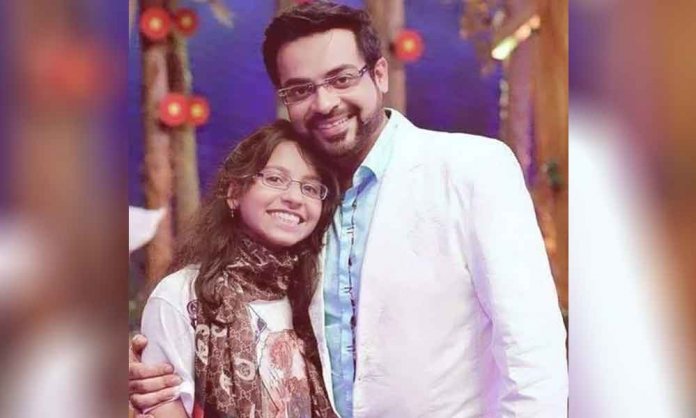 Aamir Liaquat’s second marriage with Syeda Tuba Aamir has indeed become the talk of the town! People are eager to know more about the couple and their untold love story.

Consequently, various publications came forward to interview his second wife. Faysal Quraishi became the first host to invite the newlyweds on his morning show. So much so, the episode is now trending at No.1 on Youtube.

It is no secret that Aamir Liaquat has received a lot of backlash over his second marriage and the hate brigade shows no signs of slowing down.

It all started when his daughter from first marriage, Tuba Aamir Liaquat took to social media and revealed that her family is torn apart after her father’s second marriage.

Her confession caused a huge controversy. Aamir Liaquat was accused of cheating on his wife and Syeda Tuba Anwar was blamed for breaking a home.

Following his daughter’s post, the politician cleared the air that he still provides for his first wife and children.

Meanwhile, Tuba Aamir also took to Twitter to silence all the gossip-mongers.

RUMORS & GOSSIP IS TEMPORARY, OUR MARRIAGE IS PERMANENT#ALHAMDULLILAH

Yesterday, the couple made their first appearance together in the ARY’ Zindagi’s Morning Show. During their heart-to-heart with Faysal Quraishi, the couple revealed quite a lot about their relationship.

What’s more, the couple urged keyboard warriors to stop interfering in their personal life and spreading malicious rumors about their marriage on the web.

Soon after the show, Dua took to Twitter again and stated that whatever has been buzzing on social media is true and all are her own words.

What I write, what I think, what I say on social media is all mine. They are my words. My truth.

However, her followers were quick to grasp her message!

It is reported that Tooba and Aamir developed a strong camaraderie while working together. Meanwhile, the scholar’s first wife, Bushra remained unaware of the relationship.

What do you have to say about Dua Aamir Liaquat’s tweet?

Let us know in the comments below