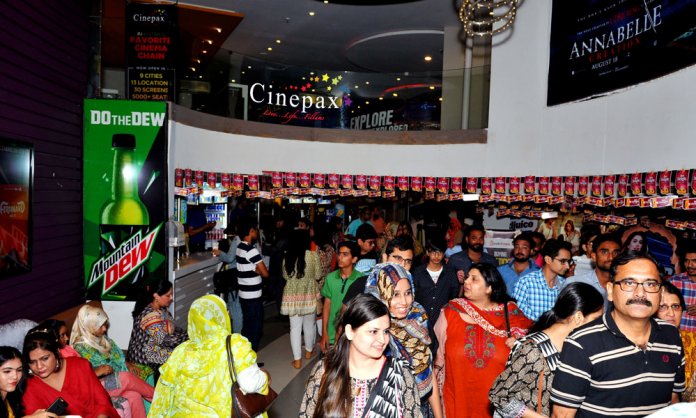 Pakistan’s favorite cinema chain ‘Cinepax’ is all set to launch its multiplex cinema at the Mall of Sialkot, Aziz Bhatti Shaheed Road, Sialkot on 20th October 2017.

Cinepax would officially be expanding its operations in 10 cities nationwide with the opening of Cinepax Mall of Sialkot.

It is their 13th cinema location in Pakistan. Initially, 2 screens will be operational in its soft launch phase. Cinepax has planned to launch a total of 5 screens with a total seating capacity of 500 and will offer both Silver and Gold cinema experience.

This multiplex cinema will be a 5 screen complex which is so far the biggest cinema house in the city.

“We have been expanding our operations, and trying to bring the cinema experience to more and more people as the demand for cinema is rising. The launch of Cinepax Mall of Sialkot would not have been possible without the combined effort of the whole team of Cinepax.”

Cinepax Mall of Sialkot is located on the 8th floor and the movie buffs at Sialkot can soon enjoy Cinepax’s exclusive cinema experience.