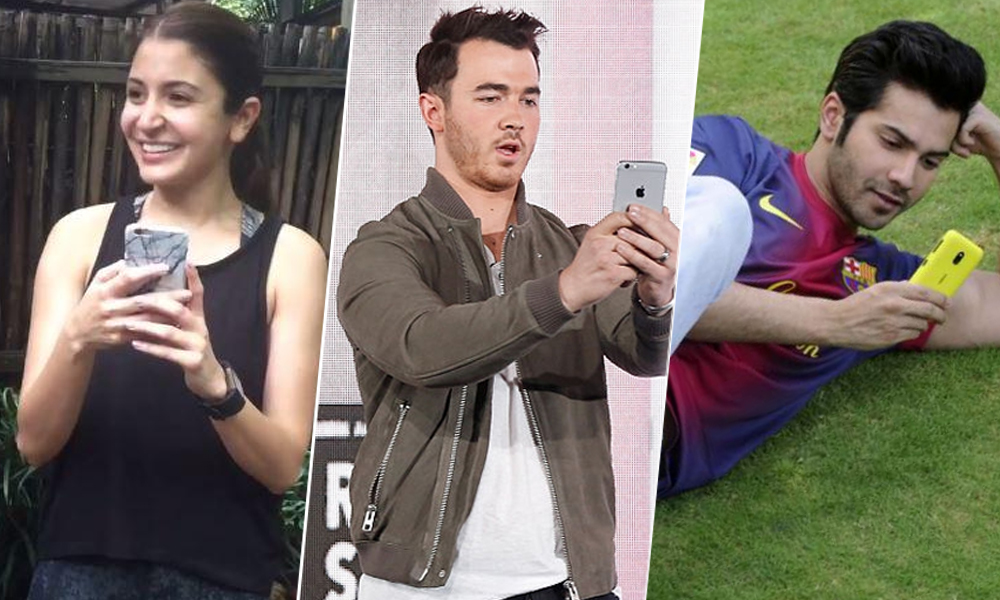 Pokemon Go seems to be the game of the decade! It is making everyone go crazy and people are already quite addicted to it as well. It comes as no surprise that celebrities worldwide are also having a go at it and are trying really hard to find the evasive little creatures!

Celebrities from Hollywood and B-Town have been witnessed playing the crazy game. Let’s take a look at these famous superstars who have been gripped with Pokemon Go fever!

The Bollywood celebrities are not far behind when it comes to catching some Pokemon monsters.

Shahrukh Khan is also experiencing the craze firsthand when he’s about to capture the little monsters sneaking up behind him.

This is quite close to how I would feel and then of course capture it!!! https://t.co/qChUbesc4Z

The gorgeous Priyanka Chopra is also hooked to the game as she announced starting out the game recently. Good luck capturing the little creatures, Pee Cee!

Ok so I'm officially on board!!! #Pokemongo it is!! Lol

Jumping onto the bandwagon is the Dishoom hero, Varun Dhawan who also revealed that he is obsessed with the latest sensation in the gaming world!

“It’s too addictive man! I mean, every time I’m in the car and I’ve to reach somewhere and I see a Pokemon and I’m like ‘Arrey yaar left lena idhar‘ ,” told Varun to Indian website, DNA 15 Pakistani Celebrities Who Are Addicted to Prisma App

In Hollywood as well, many famous faces made waves when they were seen in public trying to catch the mini monsters.

Near Central Park: 300+ people rush to catch a Gyarados. Justin Beiber experiences what it’s like to not be the thing a crowd is chasing after. from pokemongo

Rapper Soulja Boy also shared an image of Pikachu on his arm, demonstrating his immense love for the game.

Even Kevin Jonas posted about the utter grief when you seek certain Pokemon monsters and there are not to be found. Tsk, tsk!

The singer-songwriter John Mayer is also quite big on the game and shared his in-app purchase to progress quickly in the game.

The wrestling’s royal personality, Vince McMahon has not quite taken a shine to the presence of these little beasts lurking around his training room!

I don’t care who you are … Get OUT of my weight room! #PokemonGO pic.twitter.com/JLaB71nSKV

The Pokemon Go craze is very recent and is only going to rise once it is officially rolled out in the remaining markets across the world. Can’t wait for it to come to Pakistan!