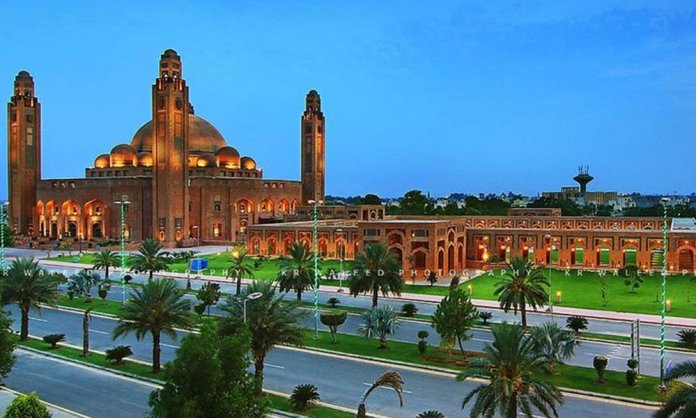 A video has surfaced of a plaza collapsing in Bahria Town Lahore. The tenant has accused the administration for their negligence towards the building and plot.

Plaza Tenant DWP Group had stated that a new building was in construction in the adjacent plot, as the work was going about, an underground water pipeline had burst causing water to pool the plaza’s foundation, thus causing the collapse. 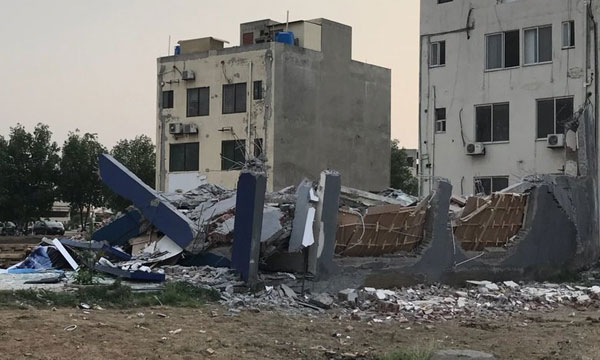 The water issue was immediately reported to Bahira Town administration, but according to the tenant, it was not attended to immediately, which led to the falling of the plaza.

“The building collapsed while the laborers were working there, but we were lucky in getting them out safely before the building went down. It happened due to water pooling under the foundations of the plaza, weakening them in the process.”

The tenant added, “All the people working in the shops had been evacuated safely.” He has reached out to Cheif Justice of Pakistan asking for justice. An eyewitness claimed that while this incident had taken place Bahria Town security was missing.

Shoaib Younus, Head of Marketing at DWP Group further claimed that the contractor removed the soil without first giving support to the plaza. Pillars/beams could have been used as support for the plaza. He added that Bahria Town management is looking into the matter.

Bahira Town has not yet commented on this chaotic situation.