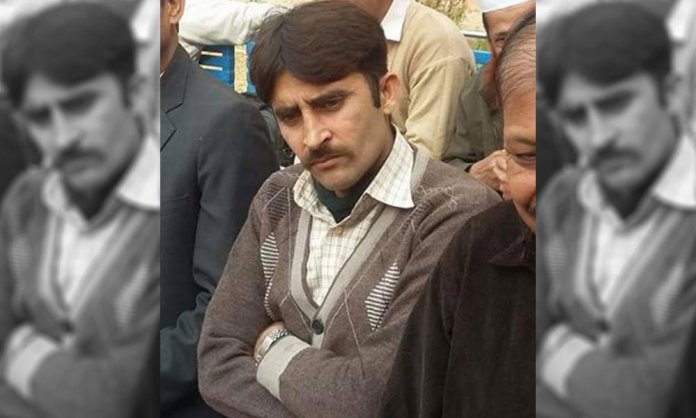 Update: Bahria College recently came under the spotlight after the horrific story of an examiner, named Sadat Bashir, was accused of harassing 80 female students.

Following the eruption of the story on social media, the institute has given its official statement, reported The News.

“With regards to information appearing on Facebook, Bahria College Islamabad regrets the unfortunate incident where an external examiner appointed by FBISE harassed the female students during their HSSC practical exams,” a statement issued

“The college administration has taken serious notice of the incident and has lodged a complaint with the FBISE as well as the Ministry of Education against Sadat Bashir, practical examiner for biology,”

An outrageous act was conducted with biology students on 24th May 2018. As 80 girls walked into Bahria College Islamabad to give their biology practical none had expected they would walk out being physically assaulted.

The examiner, Sadat Bashir was known to be very strict, that not all, he did not let the teacher enter the lab despite her asking, again and again, saying that she cannot leave her female students.

By the time the teacher took permission from the principal and walked in, FBISE examiner Sadar Bashir had already started to show the other side of him. As one of the girls puts it in her own words;

“Our examiner Sadat Bashir was a pervert who groped at least 80 students and passed sleazy comments.”

“He groped me twice and came behind me and traced my braizer strap all the while pretending he was just examining my slide.”

Afreina Noor, a former student of Bahria College stated on her social media account, “As a former Bahria student, I know how the college has a habit of sweeping things under the table.”

She further added, “I wasn’t surprised at the school administration’s reaction of telling Saba to zip it and focus on her ‘marks’. Never in our wildest dreams was such an incident fathomable. These girls resorted to the social media because their voices were hushed. Back in the day, we had no other option. Enough is enough.”

This disgusting and highly unacceptable act caught attention on social media and spread like wildfire in no time. So much so, even Pakistani celebrities came across the story and condemned having disgraceful teachers in the system who deserve to be punished for the trauma they have caused.

The brave girl, Saba who posted her testimony against the examiner was not the only one. Many other girls also came forth describing the nightmare when Bashir tried to take advantage of them in front of other students and teachers!

Confessions of the victims. 18 testimonies so far. pic.twitter.com/WdnfqpAtXS

On the other hand, Sadat Bashir has denied all accusations made against him, claiming that he has not done such a thing after Pakistan Today got in touch with him.

”I would never do such a thing because all the students are like my daughters and female teachers are like my sisters.”

“In my career as a teacher/invigilator, I have always been fair in marking. Moreover, when I was assigned this duty, I questioned the authorities as to why I am being assigned for duty at the girls’ section,”

“My family is in shock after this defamatory campaign against me,” he claimed

Even Meesha Shafi, who recently accused co-star Ali Zafar of sexual harassment gave her two cents on the matter.

Colleagues and…… friends… who didn’t do so much as check up on me during this past month with a simple “you ok?” let alone support or believe me, sending me petitions to sign against #BahriaCollegePerv *slow clap for you

Don’t be so heart broken. Be outspoken. 💥 https://t.co/mqBSgieaup

Queen of Hearts Mahira Khan also called him out and supported the fact that an example needs to be set out of him and asked for justice to be served.

Name and shame this man!! Shame on #SadatBashir!! Make an example out of him. May justice be served to all these brave girls and God knows how many before them. https://t.co/SRyX41770Z

The Balu Mahi superstar Osman Khalid Butt (OKB) also expressed how disgusted he felt after this act came forth. He also encouraged Bahira College to denounce Bashir and take action!

This is beyond disgusting. I urge my alma mater Bahria College to release a statement denouncing Sadat Bashir, and for the authorities to take immediate action. This depraved man should be behind bars.
More power to you, Saba.https://t.co/m1686oqK4x

This is beyond disgusting. I urge my alma mater Bahria College to release a statement denouncing Sadat Bashir, and for the authorities to take immediate action. This depraved man should be behind bars.
More power to you, Saba.https://t.co/m1686oqK4x

18 testimonies (a thread). And what is heartbreaking is, knowing they’ll be met with the usual disbelief and victim-shaming, some of these brave girls have to add disclaimers that they were appropriately dressed and not, you know, ‘asking for it.’ During an FBISE Bio Practical. https://t.co/CUpTcfsLlC

To everyone who claims to be an ally of the feminist cause, parents, brothers, sisters, teachers, all supporters of the #MeToo & #TimesUp movements, concerned citizens, please read this thread:
The time for action is now. #PunishSadatBashir https://t.co/nbFVpbuvfO

Even Hareem Farooq called out Sadat Bashir, the culprit on Twitter!

Cake’s surprise element, the handsome Adnan Malik also expressed how his heart broke when he came across this shocking news.

A creep & a repeat offender. There needs to be strict action taken against this guy & an example set. Shame on him. Everytime I read about the abuse/harassment of women in this country, my heart breaks. We need to dismantle patriarchal power structures #PunishSadatBashir #TimesUp https://t.co/Mwkhy4pFtN

A petition has now started against Bashir for what he did to those girls. Meanwhile, other cases have started to come forth claiming this was not the first time he had assaulted female students in his presence. 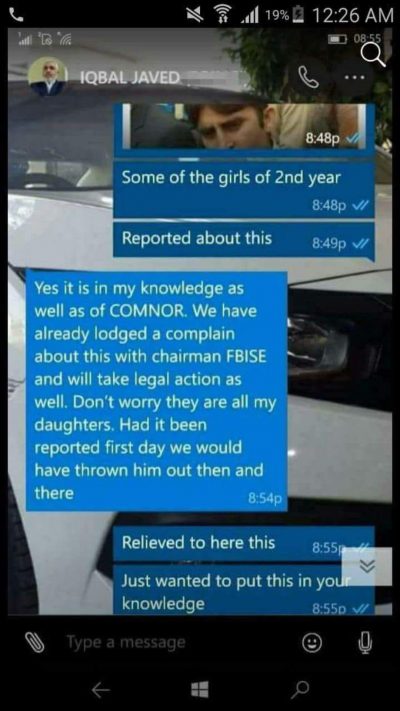 Several other social media users claiming to be current and former students of the college and at least one from another college have reported on Facebook and Twitter — using hashtags #TimesUp and #MeToo — about being harassed by the same examiner in the past.

Do you know anyone who has been through the same? Expose them via Brandsynario!