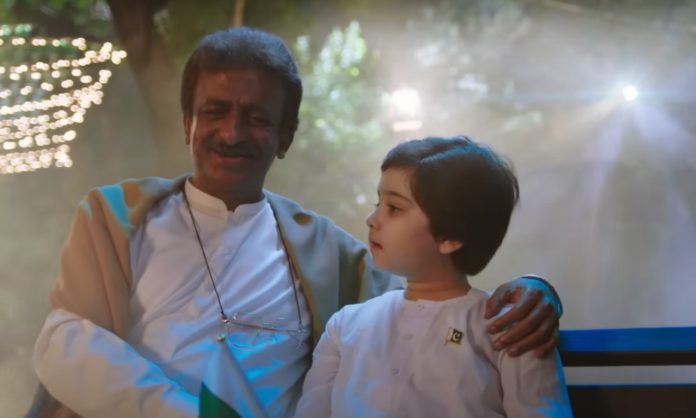 As Pakistan’s Independence Day is right around the corner, we find ourselves mesmerized by many campaigns. Brands work around the clock to produce influential and impactful campaigns that make us feel patriotic whilst putting their brand identity forward. As the 2022 Azaadi day approaches, let’s have a look at the best Azaadi campaigns we have seen so far.

Habib Metro has knocked it out of the ballpark with their 2022 Azaadi campaign. They have made a short film capturing the scenes of partition from 1946 till the present day. They follow Habib Metro’s journey since before and how it has evolved with time to help Pakistanis empower themselves. The short film will steal your heart.

Oreo always has gone all out for this Independence Day. They’ve made some brilliant illustrations using their cookies to rope in the Pakistani crowd. Be it by building Pakistan step by step with their Oreos or by making chaand sitara with the cookies– they have done it all. Oreo’s Azaadi day campaign definitely deserves applause.

Peek Freans also pulled out the big guns. After all, it is Pakistan’s most popular bakery and biscuits brand. Their latest release— the Sooper soft cakes— have taken Pakistanis by storm. It comes as no surprise then that the Azaadi campaign by Peek Freans features the soft cakes making Minar-e-Pakistan.

Brighto Paints put on their creative and nostalgic hats when it came to designing their Azaadi campaign for 2022. They rounded up all the important and influential personalities of Pakistan who have made sacrifices for Pakistan and have also made some contributions that have taken the country forward. Arfa Kareem, M.M Alam, and others take the centre stage in this campaign.

Cynergyico made the most heartwarming video ever as their azaadi campaign. Their video sheds light on how Pakistanis always find a way to move past the negativity and connect with each other. It shows people helping each other and lifting them up which is such an important message in the current sociopolitical climate! Definitely a win.