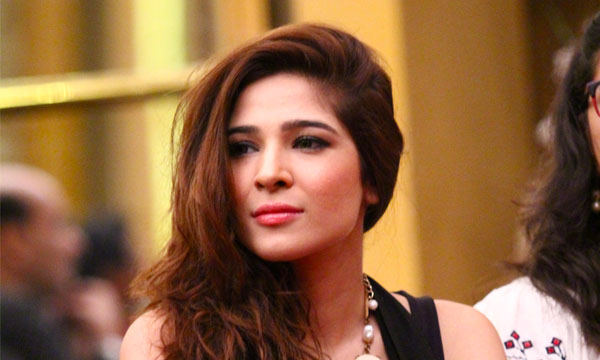 With looks that could kill, Ayesha is a true fashionista when it comes to making style statements that would give any international celebrity a run for their money!

In February, Ayesha Omar was all over the Internet after her pictures with the American icon, Gigi Hadid went viral.

The two met at the Maybelline New York Fashion Week 2018 that happened in New York!

Ayesha was the only Pakistani star to make it to the NY Fashion Week amongst other huge international models and celebrities from around the world!. Kudos to her for achieving such a huge feat!

Ayesha Stunned in this Sequined Jumpsuit designed by the fabulous designer Rami-Kadi!

The Pakistani actress and model talked about meeting American model, Emily Di Donato and also mentioned how Emily sent her love to Pakistan in Urdu! We love how Ayesha’s making a name for Pakistanis at the international event.

She was so tall, she had to sit down and chat…. she didn’t want me getting a neck strain 😉…. and what a beauty! Ufffff 👌🤩 @jourdandunn #maybellinenewyork #ayeshaxmaybelline #ayeshaomar #makeithappen