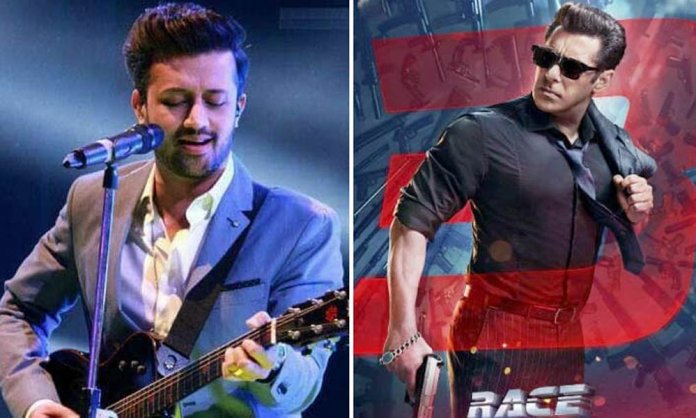 For all the Atif Aslam fans out there – here’s some exciting news: The singer’s new song “Selfish” from the upcoming Bollywood movie ‘Race 3’ is now out!

Atif and Salman’s rumored girlfriend Iulia Vantur has provided vocals for Selfish while Salman Khan has himself penned the romantic number.

Clearly, our singing sensation has made a big name for himself in the world of entertainment and his amazing, deep voice has won many hearts not just in Pakistan, but all over the world.

Fans wait with bated breath for news of the artist and listen to his songs on repeat as soon as they release – which is evident from the millions of views his songs get on YouTube!

‘Race 3’ has been in the news a lot lately due to the lead cast being replaced and for the rocking promo that was just released.

Check out the trailer for ‘Race 3’ below:

And that’s not all for the Pakistani crooner!

Atif will soon be seen sharing screen space with the Indian film actress, Nushrat Bharucha in an upcoming music video titled “Baarish”. The song has been composed and sung by the singer and will be shot in Los Angeles.

Well, we are sure that all Atif fans will be rejoicing after this bit of news of their favorite heartthrob!

Which Atif Aslam song is your favorite? Let us know in the comments below.