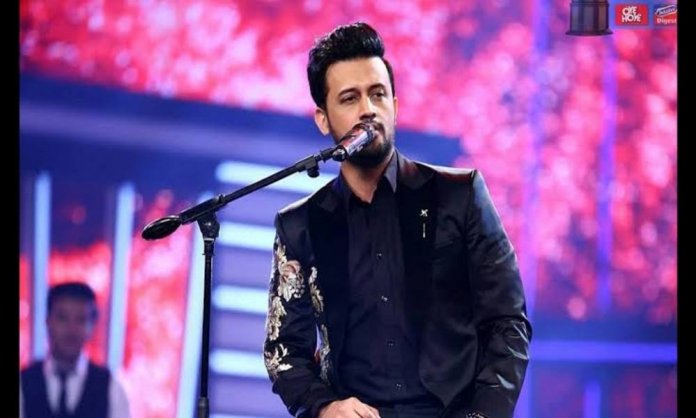 Pakistani singer, Atif Aslam, has made a mark in Bollywood with his impressive romantic numbers.

His name requires no introduction. From Coke Studio’s tajdaar-e-haram to Bol’s hona tha pyar – Aslam knows how to wrap the audience around his finger with his charms and vocals.

However, the singer has achieved a lot of recognition since he entered the media industry and we decided to list a few of them down for you since today marks his 37th birthday!

1. Dubai unveiled its Walk of Fame and Atif Aslam got his very own star.

5. He won the Best Original Sound Track for Hona Tha Pyar from Bol in 2012

6.  He won the Indus Music award of best lyrics for Aadat

7. He was awarded the as the Music Icon of the year in 2013 at Lux Style Awards

8. He was awarded the Best Playback Singer Dil Dancer for the film Actor in Law in 2017

9. He won the award of most stylish person at Lycra MTV Style Awards

10. He won the Lycra MTV Style Awards for the most stylish person

11. He won the Lux Style Award for Best Playback Singer for Thaam lo

The mighty Atif Aslam, a singer and now actor has recorded numerous chart-topping songs and is known for his vocal belting technique.

He has been declared the most popular Asian artist, followed by Arijit Singh, AR Rahman, Shreya Ghoshal and Mohit Chauhan.

So, in a nutshell Atif Aslam rocks!