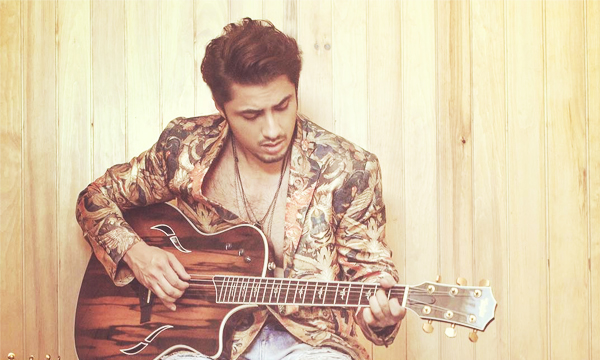 Ali Zafar might have been rejected by Bollywood but there will always be a place for the heartthrob in his own home! Pakistani cinemas will soon see the rock star in an upcoming movie, directed by Ahsan Rahim.

While we have seen Ali Zafar in Indian movies like Kill Dill, Tere Bin Laden, London Paris New York, Mere Brother Ki Dulhan and Total Siyapaa, he will now be seen for the first time ever in a local cinematic project.

The best part is that the movie will be an action-comedy and will suit the singing sensation just perfect!

“I always wanted to make such a film because the genre excites me and I believe it is unexplored in the Pakistan market. We plan to take it on the floors next year and release it soon after,” said Ahsan Rahim.

When your mind troubles u . Say "foooooooooo" and then fly out of it.

However, the movie’s name is still a mystery. The buzz is that Ali Zafar is super excited for his Pakistani movie debut and has even postponed various projects for it.

“Zafar and I first discussed the idea while having ‘hardcore’ desi food. As the conversation went ahead, it got him more and more excited. So much so, that he pulled out of a big Bollywood project and pushed his own film Deosai for later,” told Rahim.

We wonder who will be the lead actress in the movie. Starlets like Mawra Hocane or Mahira Khan will totally rock fighting crime alongside Ali Zafar.

The announcement is out at a time when Pakistani cinemas are in dire need of local entertainment ventures. With the recent ban of Bollywood movies in Pakistan, seems like it’s time we start promoting our own movies even more.