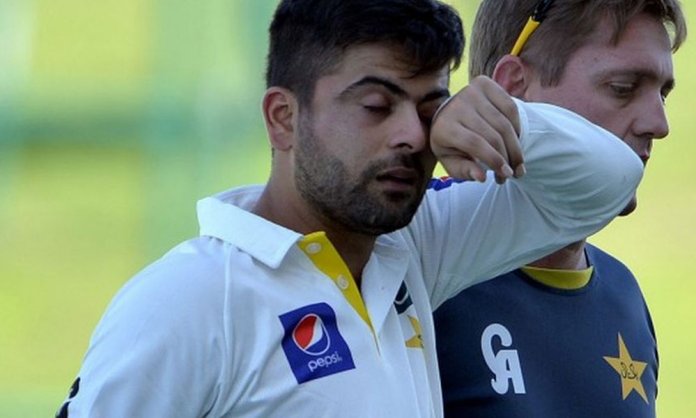 Pakistani Cricketer Ahmed Shehzad failed in a dope test as the batsman was found positive for taking a prohibited substance in April.

Pakistan Cricket Board (PCB) confirmed on Tuesday and added that he can face a ban of up to four years.

If he does get banned for 4 years this will be a huge blow to his career as a sportsman. The test was taken at random in Faisalabad in April but the result came forth in June.

PCB confirmed the results through a tweet which read;

“Independent Review Board Report on doping case has been received by PCB. Cricketer Ahmad Shahzad has tested positive for a banned substance. PCB will issue charge sheet today.”

Independent Review Board Report on doping case has been received by PCB. Cricketer Ahmad Shahzad has tested positive for a banned substance. PCB will issue charge sheet today.

Earlier, the board had shared the news but did not expose the player’s name as they wanted to be sure. The tests were conducted again in Indian labs to verify the result.

“A player has reportedly tested positive for a prohibited substance. But under ICC rules PCB cannot name the player or charge-sheet him until the chemical report is confirmed by the Anti-Dope Agency of the government. We should have an answer in a day or two,” PCB had tweeted on June 20.

In a statement, PCB has added;

“He has been given till July 18, 2018, to advise whether he wishes to have his B Sample tested and till July 27 to respond to the charges leveled in the Notice of Charge,” the PCB said in a statement on its website.

“The PCB has also provisionally suspended Ahmed Shehzad pending the outcome of the charges. Shehzad most recently played for Pakistan in the two-match Twenty20 series in Scotland in June.”