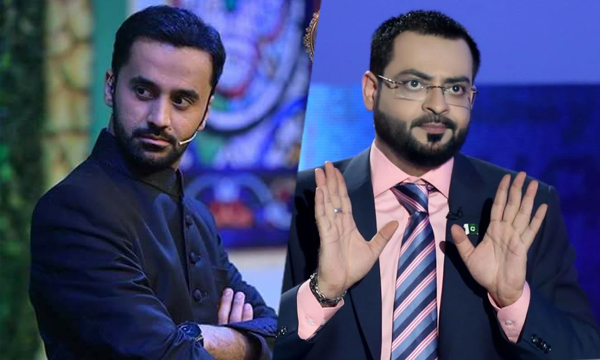 Aamir Liaquat is surely the happiest person on the planet today!

After being banned on TV for two months and being blocked by PTA on the internet, the televangelist is back with a bang!

As per the latest news, Supreme Court has lifted the ban on Liaquat and he is free to appear on channels again.

So did you miss Aamir Liaquat and his shenanigans on TV?

We all are well aware of Aamir bhai’s dramatic divorce from BOL. His dues were not cleared by the network and the anchor parted ways after a year-long relationship with the media house.

What is more, he has a long history of switching channels, becoming the only host in Pakistan who has worked for almost every network of the nation.

Now that the ban has been lifted, the scholar turned entertainer will be seen with his high-spirited discussions on 24 News.

Coincidently, Supreme’s court verdict about his ban clashed with Waseem Badami’s birthday & Aamir Bhai, being in his high spirits, wished the ARY anchor

Badami replied with equal affection & congratulated him on his return to TV.

And Liaquat seized the chance to troll him on his birthday

Even Badami couldn’t help laughing at the savage comeback!

Well, 7th February was indeed a special day for both!

Wishing a very happy birthday to Waseem Badami and of course Azaadi Mubarak to Aamir Bhai!