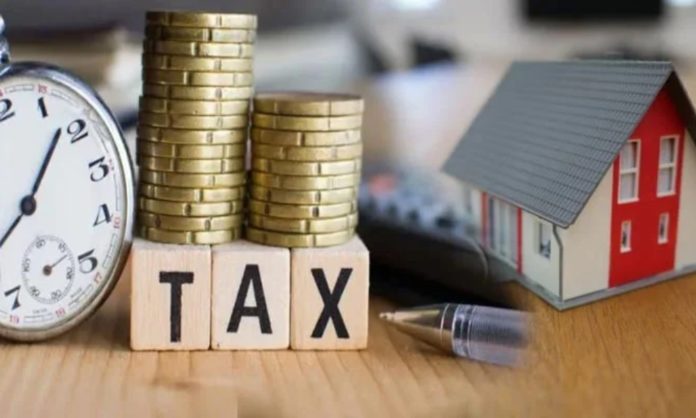 Dr Miftah Ismail presented a budget on June 9 that appeared reasonable and fair to most observers. The Wharton-trained public economist received congratulations readily as pundits went on to look into the nitty-gritty of the document to fill up newspaper columns.

But one key stakeholder wasn’t happy. The International Monetary Fund (IMF) was miffed that the budget didn’t do much to increase tax revenues and instead doled out generous largesse to individuals and the corporate sector in the name of tax relief.

The view of the IMF matters. We’ve been camping out at the IMF’s door for months on end to receive a long-pending loan tranche of about $1 billion agreed back in 2019. More than the cash injection per se, Pakistan is looking for the seal of IMF’s approval that the country must have to unlock inflows from other global lenders. Multilateral institutions, international banks and bond investors trust the country with their money only if it’s in an IMF programme, thanks to Islamabad’s ongoing balance-of-payments crisis.

As a tax policymaker, you don’t get to discriminate between a beverage company and a confectionary company, especially when you’re the owner of the latter. No minister, regardless of his credentials, should be allowed to arbitrarily notify different tax rates for different industries. It’s whimsical and unethical.

So, the IMF stepped in and Dr Ismail had to renege on his ‘relief’ promises in a couple of weeks of the budget presentation.

On June 24, the government announced a second round of tax measures — to be incorporated into the 2022-23 budget — to comply with the revised tax revenue target of Rs7.47 trillion.

The most salient feature of the June 24 bombshell of announcement was the awesome-sounding “super tax”.

In simple terms, the super tax is a 10 per cent levy – 6pc if you count it separately from the 4pc poverty alleviation tax already proposed in the June 9 budget — on companies with earnings of more than Rs300 million in 13 specific sectors.

Interestingly, the tax will apply to the earnings reported in tax year 2022 (more on that later). The 13 sectors are airline, auto, bank, beverage, cement, chemical, cigarette, fertiliser, LNG terminal, oil and gas, steel, sugar and textile.

The tax measure is expected to help the government generate additional Rs80bn, according to Amreen Soorani, head of research at JS Global.

The government shouldn’t get to pick winners and losers through tax policy. Of course, governments sometimes impose vice tax on tobacco and alcohol to discourage their consumption or give tax breaks on the use of renewable energy. But that’s a tool that should always be used sparingly.

As a tax policymaker, you don’t get to discriminate between a beverage company and a confectionary company, especially when you’re the owner of the latter. No minister, regardless of his credentials, should be allowed to arbitrarily notify different tax rates for different industries. It’s whimsical and unethical.

Raise the existing tax rates across the board by the same proportion if the government is so short of cash. But don’t play favourites. That’s ingenuous.

The super tax will apply to tax year 2022. It means businesses didn’t know they’d be charged a much higher tax ex post facto. No self-respecting administration tweaks tax rates mid-year. This government is changing the tax rate for the whole year in the eleventh month. It’s like telling your tenant at the end of the year that their rent for the past 12 months is going up substantially.

One would assume professionals ran the Ministry of Finance. But recent events suggest otherwise. When the budget came out on June 9, many writers — including this reporter — said it was a good ‘first’ budget and that mini-budgets would likely follow. We didn’t have to wait even for the passage of the budget for a mini-budget to arrive!

The ministry proposed fundamental changes in the initially proposed budget within two weeks of its presentation. If business reporters with rudimentary knowledge of the IMF policies knew well in advance the proposed budget would be short-lived, what excuse did Dr Ismail, a PhD in public finance, have for presenting a flimsy Finance Act? Did he expect the IMF to look the other way while he collected congratulatory messages from his party workers?

Trade bodies are wondering aloud what kind of a country changes its benchmark corporate tax rate so frequently. The change would earlier take place every year. Now it’s even more frequent. Does tax policy continuity matter at all to our policymakers?

Foreign investors, in particular, operate in close liaison with their overseas headquarters for budgeting and expansion plans. Did it ever occur to the worthy minister how the foreign sponsors of multinationals react to such frequent policy U-turns? After all, nearly one-third of the total tax revenue comes from only 200 foreign companies operating in Pakistan.

Budgets are usually announced on weekends when capital markets are closed. That’s because the government wants to protect investors from sudden, uninformed reaction.

But the government dropped the June 24 bombshell on a Friday. The result was a bloodbath on the stock exchange in which intraday losses took away more than 2,000 points from the benchmark index. People lost money unnecessarily. Couldn’t the announcement be made after the market closure? At least people would’ve gotten the time to process the new information and calmly decide whether they wanted to sell shares or wait for an upswing. One prominent reporter wondered on Twitter whether the prime minister was following a buy-the-dip policy for his own portfolio.

IT WON’T JUST AFFECT THE RICH

No matter how loudly they tell you the super tax is on the rich, don’t believe them. The tax will be passed on to consumers. Don’t expect the rich to bear the increased tax burden. They never did, and they never will. A bag of cement will get expensive, airline tickets will be dearer and the price tags on clothing items will get revised upwards. A tax on the rich always gets passed on.

INFLATION WILL GO FURTHER UP

I went to a photocopy shop yesterday. The price of a single-page photocopy went up from Rs3 to Rs5. Overnight. I could explain to the shopkeeper that the official inflation number was still less than 14pc and his 66pc increase in the per-page rate defied logic, but I didn’t. I knew what he’d say. I paid him two extra rupees and left.

Ours is a high inflation economy. People expect and accept price hikes more readily. Prices shoot up while wages remain sticky. That’s why income inequality is rising. Dr Ismail is lying that the super tax won’t fuel inflation. It will.

It’s become a cliché, but that doesn’t mean it’s untrue. Pakistan is always short of money, although it taxes the hell out of those that are already taxed. If you’re a salaried person, you pay a tax on your income at source. Then you pay tax on everything ranging from a matchbox to electricity, fuel, cell phone use and tea.

Who doesn’t pay taxes in proportion to their income? Real estate developers don’t. Land-owning farmers don’t. Government employees, civilians and otherwise, don’t. If you have any doubt, just look at the Prados and Land Cruisers green number plates parked around every government office in the country.