Home Articles 7 Delicious Foods That Were Created ‘By Accident’
Advertisement 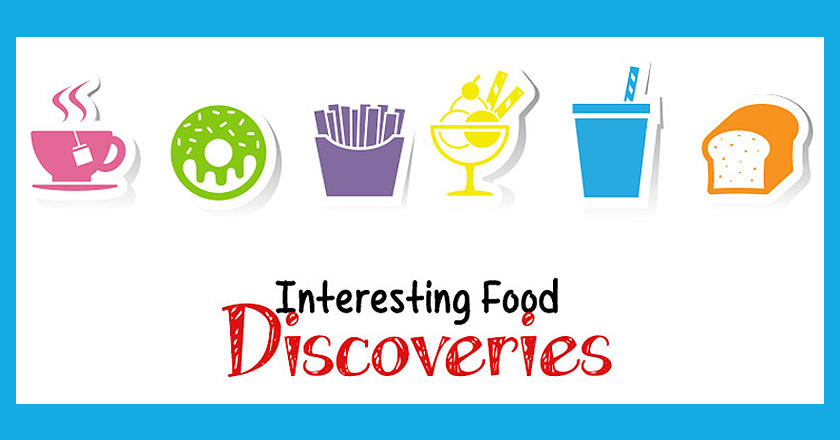 All greatest discoveries are results of accidents.

Luckily, such accidents have helped us live through some of the most delicious experimental disasters.

It is on the paradoxical nature of mistakes to always impose an equal chance of great success. From X-rays, to play-doh, chewing gum to the microwave oven, there is a lot that can be said for minds that witnessed gaffes turning into historical masterpieces.

Here are some of the Inventions born under the influence of laziness, luck or just pure failure. Mobile and online food ordering platform foodpanda.pk chose eight foods that are the result of pure serendipity.

Who invented it? Henri Charpentier In 1896, the 16-year-old waiter Henri Charpentier, tried to extinguish a flaming pan with pancakes. It was the day that Prince of Wales Edward VII visited Monte Carlo’s Café de Paris and requested a special dessert just for him. Henri accidentally caught a pan of liqueurs on fire and thinking quickly; he threw the crêpes in the hot sweet sauce and served them.

The Prince loved them and asked for the dessert’s name, to which Charpentier replied Crêpe Princesse, after him. But future King Edward requested that it be named in honour of his companion, named Suzette and voilà! Crêpes Suzette was unintentionally -but luckily for us- born!

Who invented it? Stéphanie & Caroline Tatin The upside-down dessert was created because a tart was forgotten in the oven. It was in France, in a hotel owned by two sisters, Stéphanie and Caroline Tatin, in the 19th century.

Stéphanie was making an apple tart but accidentally overcooked the apples, so tried to rescue it by putting the pastry base on top, and voilà! A masterpiece was created. The French did it again.

Who invented it? Ruth Graves Wakefield The chocolate chip cookie was first made by Ruth Wakefield, who had one day ran out of baking chocolate, so she smashed up a bar of semisweet chocolate and added it to her batter hoping it would all melt together.

Who invented it? George Crum George Crum, an American chef, in 1853 was tired of a customer who was complaining that his fried potatoes were not thin enough. So Crum decided to take his revenge by making them inedible. He sliced them thinly, baked them to a crisp and covered them with salt.

The customer loved them and the rest is history.

Who invented it? John Montagu, 4th Earl of Sandwich John Montagu, the 4th Earl of Sandwich just needed both hands to gamble. Some believe Motagu couldn’t leave a particularly intense gambling game, so he requested that meat should be brought to him between two pieces of bread.

Montagu’s refusal to get up for a meal resulted in one of the greatest culinary advances in history.

Who invented it? John Pemberton Coca Cola was first invented as a substitute to morphine. Pemberton was a wounded veteran who had become addicted to morphine. He sought to create a replacement to stave off his addiction.

Through some experimenting in his pharmacy, he created a tonic (the original Coca-Cola formula) that contained small amounts of cocaine, as well as the caffeine-rich kola nut. In 1887, another Atlanta pharmacist, Asa Candler, bought the formula for Coca-Cola from Pemberton for $2,300.

By the late 1890s, Coca-Cola was one of America’s most popular fountain drinks, largely due to Candler’s aggressive marketing of the product as a soda.

Who invented it? Frank Epperson Young Frank Epperson left a glass of soda on his San Francisco front porch with a stirring stick in it.

By the next morning, the drink had frozen and when he pulled the stick, the drink came with it. In 1924, he applied for a patent for his new discovery, which he originally dubbed the “Epsicle”. Eventually, his kids would refer to the frozen pop as Pop’s‘sicle, causing Epperson to change the name.

In 1923, Epperson sold the rights to Popsicle® and today, the company sells 2 billion ice pops annually, with cherry being the most popular flavor amongst its consumers.

Who invented it? Ernest Hamwi

What happened? Love thy neighbor At the 1904 St. Louis World’s Fair, when an ice cream vendor ran out of dishes. To help him out, Hamwi, a neighboring concessionaire, rolled the waffle-like pastries he was selling (called zalabis) into a cone so that the ice cream could be held inside.

Talk about an accident that turned out oh-so-right.