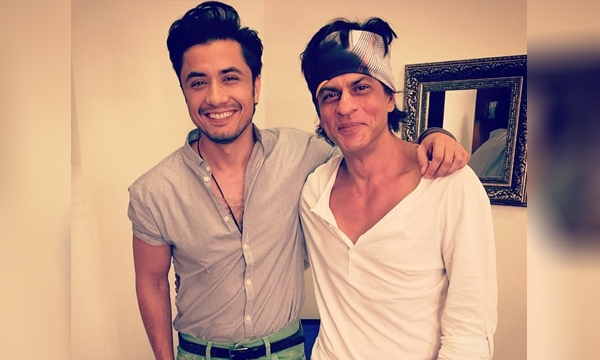 Pakistani celebrities have wowed us time and time again with their versatility to perform in various fields of the showbiz industry. Be it singing, acting or performing. Not only in Pakistan but our very own celebrities are loved across the border as well.

The superstar of Bollywood, Shah Rukh Khan recently worked with Mahira Khan as his leading lady for the blockbuster film, ‘Raees’.

The Humsafar actress worked with the King of Bollywood for her debut movie across the border, “Raees”. The beauty was loved in India and the chemistry between SRK and Mahira was sizzling! Pakistan’s Khoobsurat Khan recently starred in the B-town movie, ‘Ae Dil Hai Mushkil’ where the Dilwale actor had a cameo. The singer shot a video for Pan Vilas TVC with the star himself, Shah Rukh Khan. The fun video garnered appreciation from people across Pakistan in India!