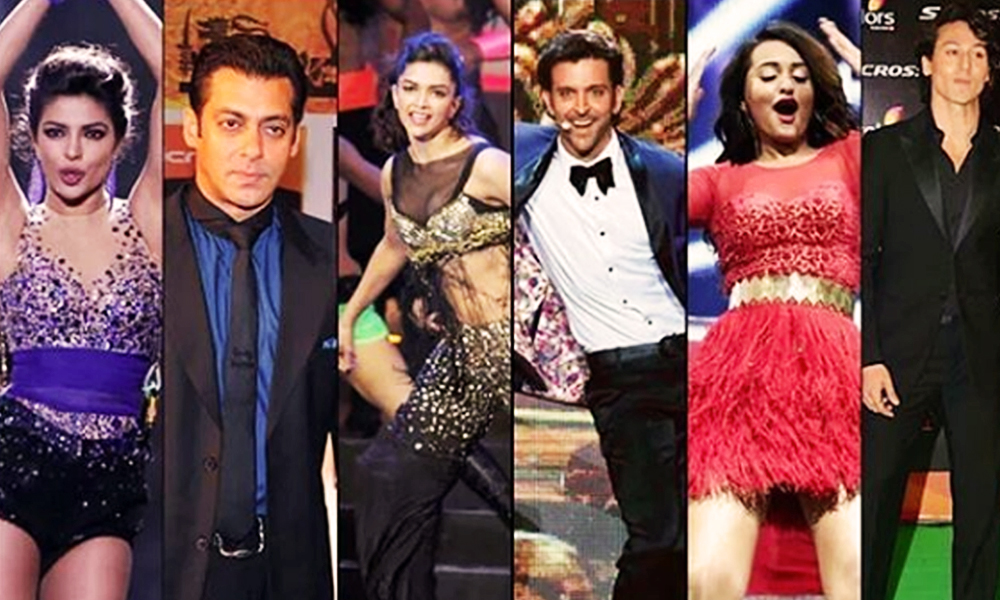 The countdown to the prestigious Indian award ceremony, the 17th IIFA Awards 2016 has officially commenced! Mark your calendars for the 25th of June. IIFA is without a doubt the biggest and most glamorous event to come out of the Indian Film Industry.

Through the years the award show has transcended international borders; in 2014 IIFA was held in Tampa Bay, Florida, in 2015 it was held in Kuala Lumpur, Malaysia and finally this year the 17th IIFA Awards 2016 are being held in Madrid – one of the busiest cultural centers of Europe and the football capital of the world.

Celebrities affiliated with the industry have started boarding their flights from all over the world, to attend the magnificent 4-day-long event.

This just in, celebrities have started arriving at the IIFA destination!

The star @shahidkapoor at #IIFA2016! pic.twitter.com/flCxqpi4H9

Superstar @iHrithik being greeted by fans at @westinpalacemadrid! #IIFA2016 pic.twitter.com/N7AdoZ4MWm

The #fans love you @shahidkapoor and so do we ❤️ #IIFA2016 @IIFA pic.twitter.com/3m9gmw7cXa

#Madrid gets ready to experience a galaxy of stars at the #IIFA2016 weekend! #VisitSpain @spain @feriademadrid pic.twitter.com/T6ZVSDs7Et

Beautiful @sonakshisinha departs from Mumbai to be the part of the biggest celebration of Indian Cinema #IIFA2016 pic.twitter.com/2T6unqurJ4

Dashing @shahidkapoor is all set to rock at #IIFA2016! pic.twitter.com/YobBl08eBS

Ravishing @theathiyashetty is all excited for #IIFA2016 as she departs for Madrid! pic.twitter.com/XA3RjDiJ5g

Dancing sensation @iTIGERSHROFF is all set for #IIFA2016! Are you excited for his performance too? pic.twitter.com/8RcRlxYrcW

Very handsome @AbhayDeol departs for Madrid to be the part of super fun #IIFA2016 pic.twitter.com/Gou5kHaDS6

The very elegant @deespeak with @sahil_sangha spotted at Mumbai airport in all excitement for #IIFA2016 pic.twitter.com/WElZMVRY4n

Bollywood star @vivek_oberoi is all set to grip in the excitement of #IIFA2016 pic.twitter.com/HP7DeFzk2W

The #badman @GulshanGroverGG strikes a pose as departs from Mumbai for #IIFA2016! pic.twitter.com/2i39JmmBYC

The hunk @NeilNMukesh leaves for Madrid to be a part of the mega celebration #IIFA2016! pic.twitter.com/PgAcGFYhsd

Time to say "Hola" for @SubhashGhai1 as he departs from Mumbai to Madrid. #IIFA2016 pic.twitter.com/lJTG4MZkny

Gorgeous @Roymouni is all geared up to rock at IIFA Rocks! Are you ready too? #IIFARocks pic.twitter.com/3zMmDm1vdk

Awesome rehearsals last nite for @IIFA 2016 with the legendary @Shiamakofficial and his wonderful team. #IIFARocks pic.twitter.com/gOFUMTKllz

The extravaganza will comprise of events such as, IIFA Rocks/MULA Fest, IIFA Stomp, an exhibition of urban trends and the magnificent IIFA Awards.

The IIFA Rocks stage will also have noted music director-composer-singer Pritam performing with Spanish artistes. National-award winner Monali Thakur and Papon will also take to the stage to entertain the audience.

The star-studded event wouldn’t be complete without celebrity performances. The performances lined up, will include popular numbers of the Meet Brothers featuring Kanika Kapoor with Benny Dayal and Neeti Mohan.

On top of that the host line up for this years IIFA looks pretty exciting with the iconic and handsome, Farhan Akhtar and Shahid Kapoor as hosts.

Our very own Pappu aur Raju are all geared up to host #IIFA2016 Awards! Only #2daystogo @shahidkapoor @FarOutAkhtar pic.twitter.com/c1yxQ06nZS

Our Raju and Pappu are ready to rock the #IIFAMadrid2016 stage. How excited are you? Save the date & book your tickets to see them live: http://bit.ly/1VIIFAtix #iifa #iifa2016 #shahid #farhanakhtar #awards #night #entertainment #booknow #bollywoodfans #bollywood #bestduo #hosts #pair #magicians #artist

Pakistani heartthrob Fawad Khan along with Karan Johar will also be sharing the stage to entertain the audiences around the globe.

The dapper @karanjohar & heartthrob #Fawadkhan are all geared up to host IIFA Rocks this June in Madrid! Book your tickets now: http://bit.ly/rocksiifa #IIFA2016 #iifa #IIFAMadrid

While sharing the emotional bond with IIFA, Sonakshi Sinha said,

“My association with IIFA has been forged since I first joined the industry and it’s an event I look forward to every year. It is an excellent opportunity for us the film community to connect with fans and take our cinema across the globe. Madrid is a thrilling city, and I am looking forward to experiencing another spectacular IIFA in another amazing destination.”

Our stars had a ball of a time in Madrid, a wonderful city with so much to offer! It doesn't seem like they can get enough of the beautiful and picturesque city! #IIFAMadrid2016 #hrithikroshan #sonakshisinha #anilkapoor #spain #madrid #star #iifa #iifaawards #candid

Whereas, Hrithik Roshan reminisced back to the time of filming ‘ Zindagi Na Mile Gi Dobara’. “I am thrilled to come back to Spain to announce the IIFA 2016 celebrations in Madrid”, shared the actor.