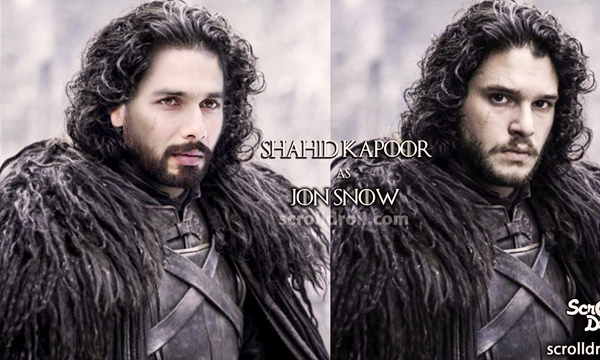 Game of Thrones, the widely watched television series penned by G.R.R. Martin where the noble houses are embroiled in capturing the Iron Throne for themselves has a cast that people have either fallen in love with, or love to hate. Donning aptly designed costumes makes the show all the more believable for it’s viewers. Yet this is not where our imagination stops.

You must have imagined how Bollywood stars would look like dressed as the popular Game of Thrones cast. You haven’t?

Scroll down and view the Bollywood actors presented as Game of Thrones’ Indian version!