Toyota is gearing up for a lot of events this year as the company is in full swing to launch its highly anticipated 12th gen Toyota Corolla in Pakistan!

On the other hand, the auto giant is also ready to introduce the popular Toyota Yaris into the Pakistani markets, as the expected launch date is 27th March (can be delayed).

Coming back to the Corolla, it is expected that the car will be available in 1.3L and 1.5L engine capacities. Moreover, it will look like the Altis Grande, but with higher displacement engines.

Hence, it makes this Toyota Yaris a direct competitor of the Honda City and upcoming Proton Saga whereas the Corolla Altis will compete head-to-head with Honda Civic and the upcoming Hyundai Elantra.

Reportedly, the Corolla will be coming towards the second half of the year (maybe pushed to first half of 2021). Moreover, test units will be imported from Thailand. The 12th Gen Toyota Corolla was launched in Thailand in 2019 in 6 variants.

However, at this point, it has not yet been confirmed whether if Pakistan will also get the hybrid variant. For those who did not know, the 11th Gen Corolla was introduced in Pakistan back in 2014!

How many of you are excited? We are! 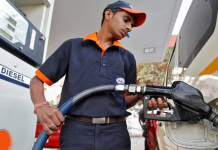