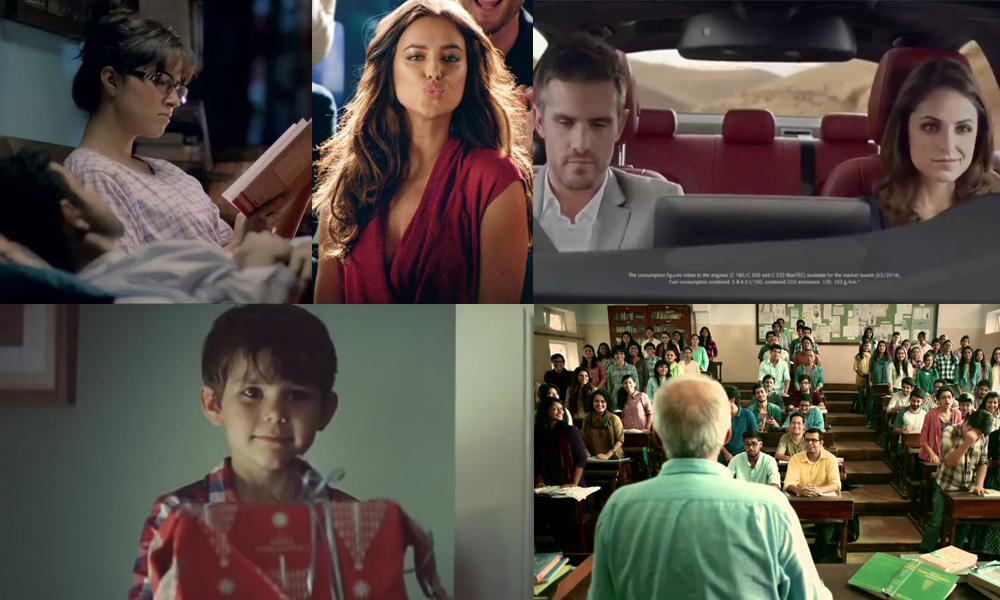 Marketing is all about communicating the brand’s message across to the audience through an effective medium, mainly by using the concept of TV advertisements.

1955 was the year when the world gazed eyes upon its first TV ad and since then we have seen all sorts of advertising, which have created a massive impact on our daily lives.

After digging deep down, we found following 10 award-winning TV ads that are best amongst the many bests in many different ways. Have a look and enjoy!

This Sony Bavaria ad was made  in 2006, using 250,000 real rubber balls. Beautifully captured, the vibrant balls dancing down the street gives us a jubilant feel and the beautiful colors are a sight to see for sure. Message sent across blissfully!

The leading British brand, John Lewis targeted the right emotions through this ad. The insightful content curated for this commercial will make you feel the pain of wait and gain of the happiness, the real ‘Awww’ moment.

The most famous, yet the most controversial commercial from Apple Inc. made back in 1984, stirred some massive hype for their Macintosh. This iconic ad portrayed their Macintosh as the savior of humanity and idealized a revolution after the launch of the Mac brand. Undoubtedly one of the best of all time.

Larry Bird takes on Michael Jordan for ‘Shoot Till You Miss The Basket’ to promote the new Jordan’s Big-Mac. The challenge starts off with some easy direct shoots and turns up into a crazy game where both the legends scored some of the weirdest yet coolest shots ever. Leo Burnet won bronze at Cannes Lions 1993 for this legendary ad.

This Kenwood Pakistan’s TV commercial will give you ‘good vibes’. A blend of humor and emotions triggered in a righteous way, you will certainly start adoring the brand after watching this.

Titan India came up with this overwhelming commercial in 2013, the ad shows a sweet little tribute paid to a professor by the students on his farewell and a gift of Titan Watch. In the end, you will get sudden goose bumps watching the advert. The true joy of gifting!

Mercedes delivered with a simple, precise, and spot on idea. A young man finds himself trapped by the devil of death but the breaks of the car save him. Top notch idea!

Nike featuring the top fraternity of football world, including Cristiano Ronaldo, Andres Iniesta, Neymar Jr. and more. The ad starts off with a bunch of guys playing football at a ground where they start pretending to be famous footballers.

The match shifts to a crowded ground as gradually they all convert themselves into footballers, the ad ends up with a boy taking penalty shot from Ronaldo, Scoring with a chip shot concluding with the copy of the ad ‘Risk Everything’.