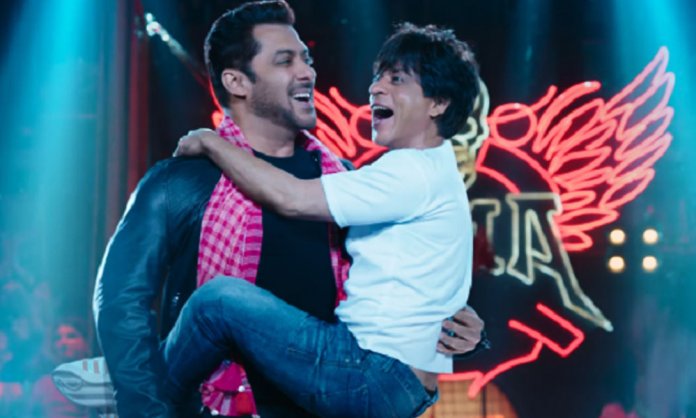 The teaser of heartthrob Shah Rukh Khan’s upcoming movie Zero is out and it just made us all so excited that we are almost jumping on our seats!

ss baar Eid Ka Meetha bahut Tez hai. To everyone from me and the whole team of Zero…Eid Mubarak

Yeh lo..yeh lo @aanandlrai ki taraf se…Iss baar Eid Ka Meetha bahut Tez hai. To everyone from me and the whole team of Zero…Eid Mubarak. Love u all & hope u like it. #ZeroCelebratesEid https://t.co/fgynMfTjTX

The teaser was unveiled earlier this morning in which the dwarf character of Shah Rukh Khan approaches the stage and the crowd starts hooting for him.

The moment which excites us the most was when we saw Salman Khan following him and makes him feel comfortable.

The two then dance their heart out together and the crowd breaks into an applause.

This DEADLY COMBO of Khans surely rejoiced their fans and followers by giving such a special Eidi.

This second teaser was special since it coincides with the occasion of Eid for Muslims all over the World.

This upcoming movie Zero also stars Katrina Kaif, who plays the role of an actress battling alcoholism and Anushka Sharma, who will be seen as a scientist struggling to be successful.

It is all set to hit the cinemas in December this year and let’s hope that they bring more such surprises to us!

Are you excited to watch the movie? Let us know in the comments section below.