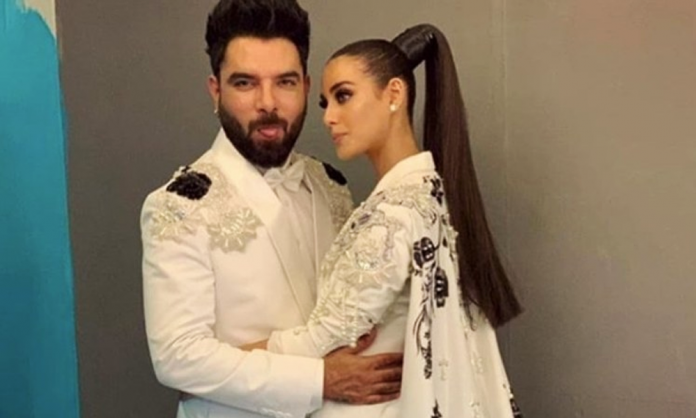 People around the globe believe that celebs are public property and they can’t have a private life.

Every other day we witness celebs being trolled and someone or the other trying to put them down.

So, the recent case of this was the newly married Yasir Hussain when a troll commented under his nikah video:

“Bhai kitni Baar upload karoge ye video…abhi tak nikah k sadme me ho kya [How many times will you upload this video? Are you still unable to get out of the shock of marriage]?”

Yasir Hussain clapped back with a shrewd response as always to zip the troller shut and stated:

“tum se thori hui hai jo sadmy mai rahonga. mai toh khushi se laga raha hun [I didn’t get married to you for me to still be in shock. I’m putting these up happily].” 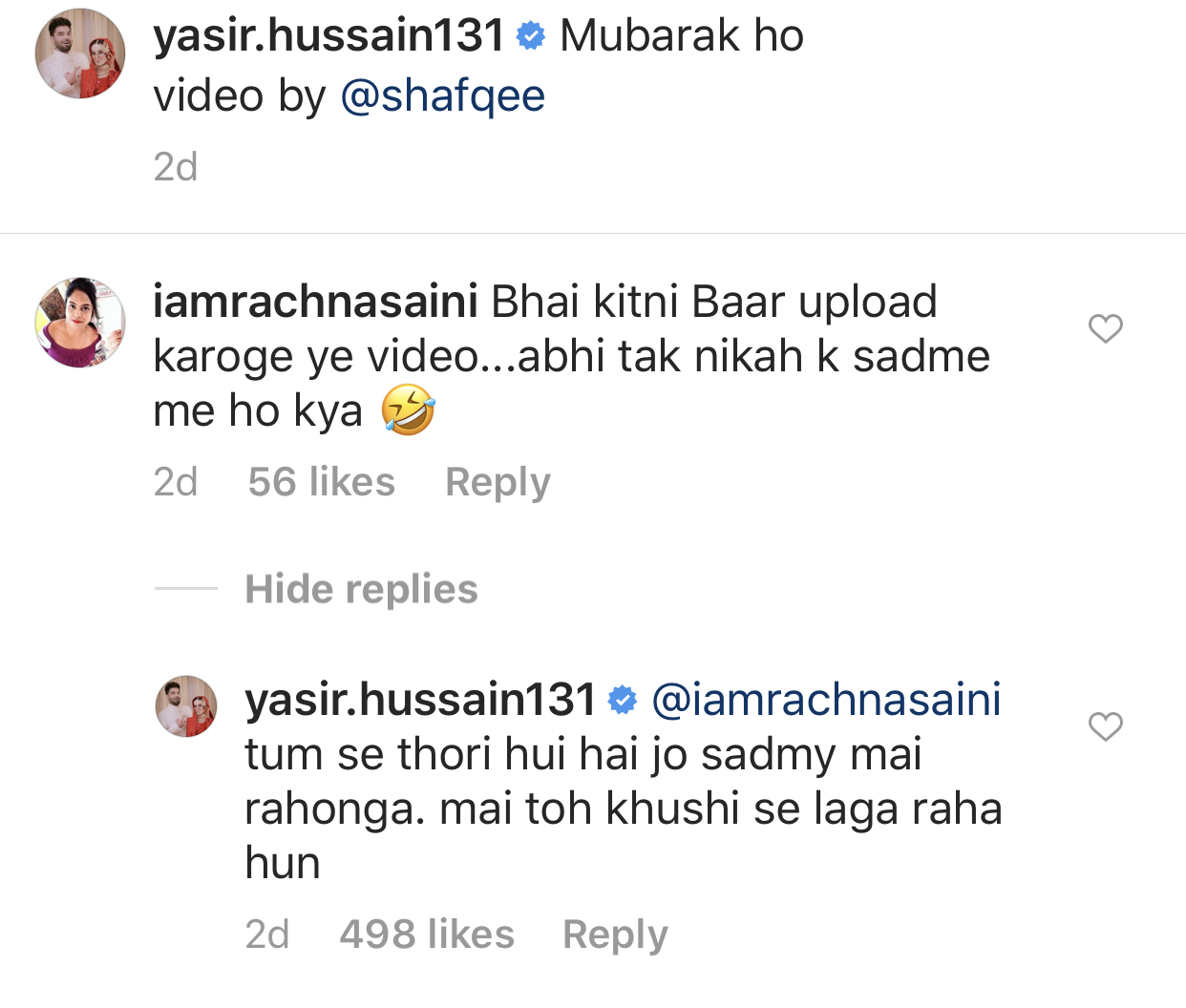 Another user shared an ‘enlightening’ comment on the newest groom and wrote that he should not post anything regarding his beautiful bride Iqra Aziz. 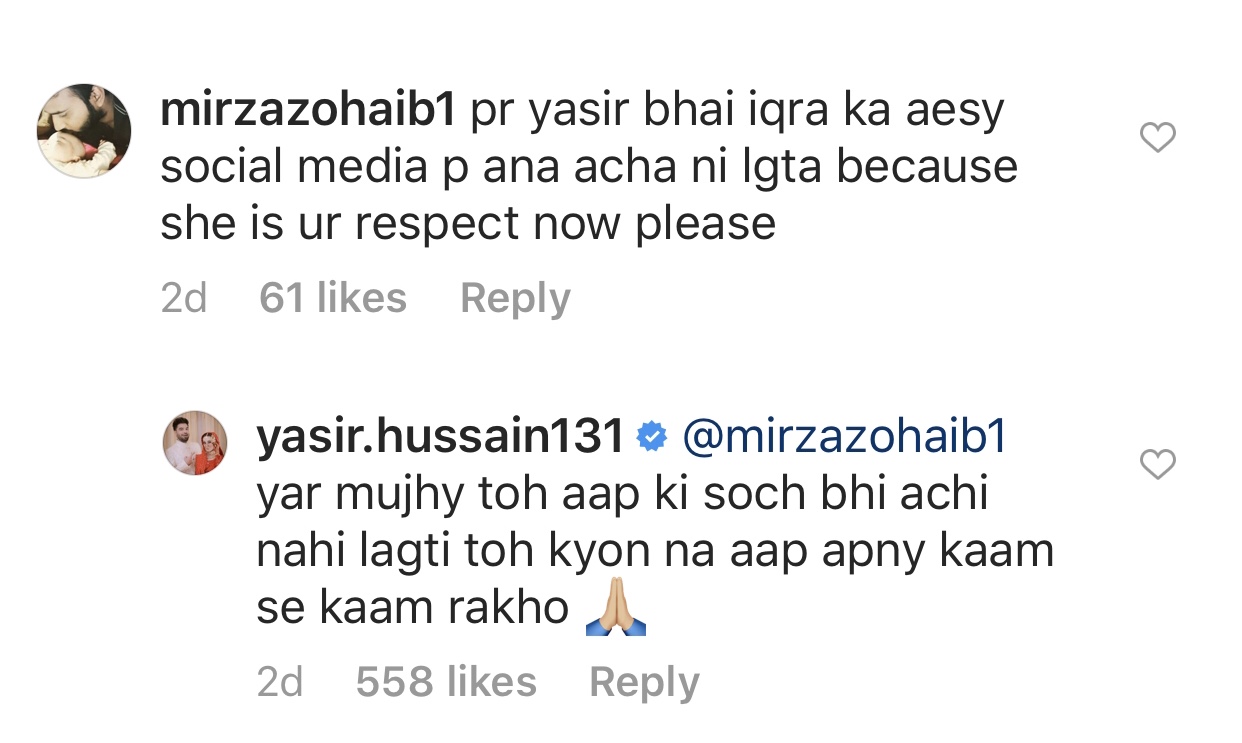 To that, the actor took out the blazing guns of words and said that people need to mind their own business.

Soon after, the social media users were clinging on to the thread below his Instagram post and applauding the actor for his response.

At the 18th edition of the Lux Style Awards on, Hussain went down on one knee and popped the question to his long-time girlfriend, Iqra and now the two are honeymooning in Sri Lanka.